Autoimmune diseases are quite common. Most of us know someone with allergies, diabetes, or rheumatoid arthritis, but–despite numerous advancements in the study of autoimmune disorders–there are still many questions left to answer about the causes and origins of these afflictions. Many studies are currently underway. While the individual purposes of these studies vary, the overall goal is the same: to give researchers a better understanding of autoimmune disorders. One detrimental autoimmune disease under study is multiple sclerosis (MS).

MS is an autoimmune disease which impacts the central nervous system. Specifically, the immune system attacks the myelin sheath around nerve fibers. This myelin sheath acts as insulation for neurons and prevents them from taking damage. Without the protection of the myelin sheath neurons are much more susceptible to harm–this can lead to things like impaired vision, loss of motor function, and diminished coordination. 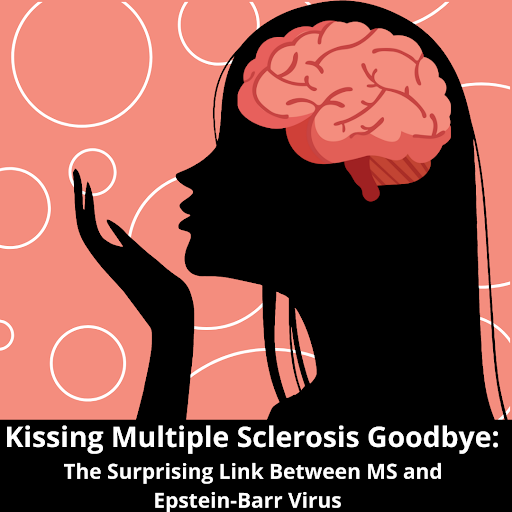 Most studies into the causes of MS have concluded that the condition results from a combination of genetic and environmental factors. Several research groups have postulated that one environmental factor leading to MS is infection with Epstein-Barr virus (EBV), but until recently, this was just a hypothesis. This year however, a study titled Longitudinal Analysis revealed high prevalence of Epstein-barr virus associated with multiple sclerosis.

But what is Epstein-Barr virus? EBV is part of the herpesvirus family. It can cause mononucleosis (also known as the kissing disease), fatigue, and fever. EBV spreads through the exchange of fluids during things like kissing, sharing utensils, and blood transfusions. It is considered one of the most common human viruses, with a predicted 90-95% of the human population having antibodies against EBV (meaning they previously or currently have EBV). EBV has also been associated with development of other diseases such as Hodgkin’s lymphoma and Burkitt’s lymphoma. The connection between these diseases and EBV is still mostly unknown. What we do know is that the EBV virus has been found within the tumors of lymphoma patients and that reduced viral load has been associated with better response to cancer therapies.

This study published in Science, contained a cohort of over 10 million people who were observed over the course of 20 years. Of all those observed, 955 developed MS. Of the 955 people with MS, 954 of them were found EBV positive before developing MS. Researchers also measured neurofilament light chain, a marker associated with MS, and found that those who entered the study EBV negative and later became EBV positive had increased serum neurofilament light chain levels after EBV infection. When comparing EBV to similar viruses such as cytomegalovirus (CMV) and other herpesvirus, the study concluded that these other viruses do not correlate to development of MS, confirming the specific association between EBV and MS.

At this point, you might be thinking that there is a strong possibility of contracting MS, given the high infection rates associated with EBV. But we must also consider the various additional environmental and genetic factors that lead to the development of MS. That being said, the knowledge that these common “mostly harmless” viruses can lead to more detrimental effects than previously thought is pushing researchers and drug companies to develop a vaccine against EBV. If EBV is a major component in the development of MS, as this study seems to show, then developing a vaccine against EBV has the potential to eradicate an autoimmune disease people have been suffering from for decades.