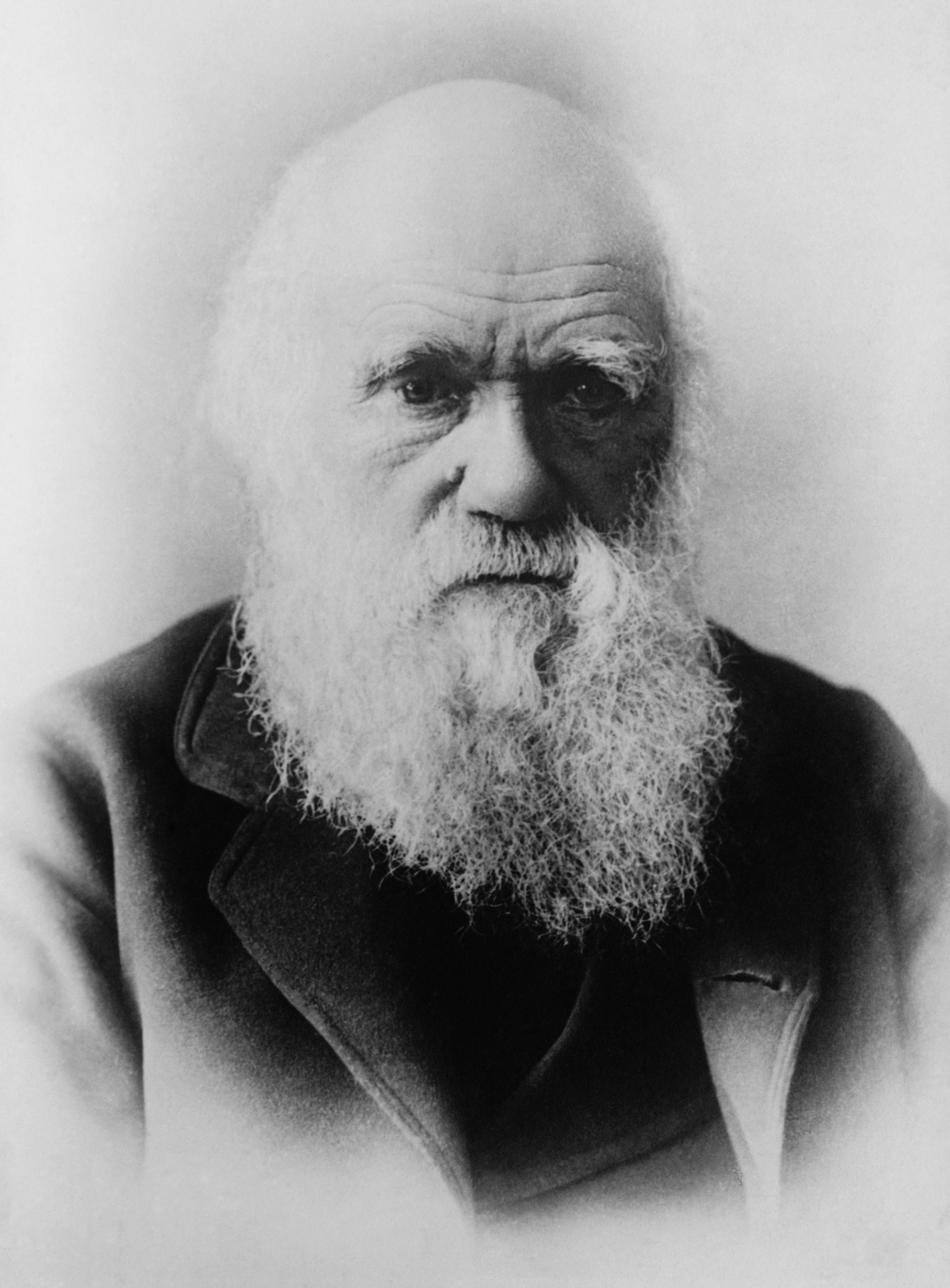 To commemorate Darwin Day (February 12), I thought I’d talk a little bit about Charles Darwin (1809-1882); perhaps the most important biologist ever to live. More to the point, I’d like to dispel the myth that he discovered evolution.

Evolution is the phenomenon that species, or individual populations of species, change over time. A more textbook definition of evolution is “a change in the frequency of traits or genes in a population over time.” The truth is that many scientists before Charles Darwin knew that life had changed over time. They knew about the fossil record and about selective breeding of animals to produce certain traits, and could see rather plainly that evolution had occurred.

Erasmus Darwin (1731-1802), the grandfather of Charles, dabbled in evolutionary theory himself. Convinced as he was that evolution was real (like many intellectuals of the day), he had the motto “e conchis omnia” (“everything from seashells”) painted on the side of his carriage. This reflected a primitive understanding of evolution that all life evolved from simpler forms. All life did, of course, all evolve from more primitive life, but it is not all descended from shellfish.

Painting of Erasmus Darwin by Joseph Wright. Image from http://www.wikimedia.org

Jean-Baptiste Lamarck (1744-1829) was an early evolutionary theorist who is perhaps most famous for getting it wrong. He knew about evolution, but he didn’t know how it happened. His hypothesis for evolution was the inheritance of acquired traits. For example, if a naturally slight person lifts a lot of weights and gets very strong, his or her children would inherit those big muscles. In evolutionary terms, if a horse is constantly stretching its neck up to reach high branches, its offspring will inherit a slightly longer neck. After many generations the descendants of the original horse have evolved into giraffes. This was a good try, but it turned out not to be true.

Portait of Jean-Baptiste Lamarck by Jules Pizzetta. Image from http://www.wikimedia.org

My point here is not to summarize the history of evolutionary thought, which goes back as far as the ancient Greeks, but just to show that many people were pretty sure of evolution before Charles Darwin came along. Charles Darwin’s big accomplishment was not discovering that evolution happens, but discovering the primary mechanism through which it occurs: natural selection. This stands today as one of the most important discoveries ever made.

Natural selection is the phenomenon that organisms which are better suited to their environment than other members of their species (and members of other species, as well) will survive better and reproduce more. They will pass these traits (which are based on genes) that allow them to succeed on to their offspring, and these traits will increase in frequency over time as a result. For example, the Thompson’s Gazelle is one of the fastest land animals in the world. Slower gazelles will be the first to become dinner for cheetahs. Faster gazelles will survive better and therefore leave more surviving offspring in subsequent generations. The offspring of the fastest gazelles are likely to be fast themselves because aspects of speed will be inherited from their parents. This results in a change in the frequency of traits and genes in a population/species over time. There are two key differences between this and Lamarck’s idea: First is where the variation comes from — Lamarck believed that the variation in traits was acquired, whereas natural selection relies on existing variation based on inherited genes. Second is that Lamarck did not comment on differences in survival or reproduction, which Darwin’s idea rests heavily on.

In 1859, Charles Darwin published his famous book, On the Origin of Species — book of over a thousand pages which he described as “an abstract” for his opus magnum, which, sadly, he never finished. Darwin’s work was meticulous and, as a result, biologists and other scientists around the world quickly realized that he was right. The theory of evolution by natural selection became the unifying theory of biology, prompting Theodosius Dobzhansky (1900-1975) to note that, “nothing in biology makes sense except in the light of evolution [by natural selection].”

I will leave you with what has become the most famous passage from On the Origin of Species:

“It is interesting to contemplate an entangled bank, clothed with many plants of many kinds, with birds singing on the bushes, with various insects flitting about, and with worms crawling through the damp earth, and to reflect that these elaborately constructed forms, so different from each other, and dependent on each other in so complex a manner, have all been produced by laws acting around us. These laws, taken in the largest sense, being Growth with Reproduction; Inheritance which is almost implied by reproduction; Variability from the indirect and direct action of the external conditions of life, and from use and disuse; a Ratio of Increase so high as to lead to a Struggle for Life, and as a consequence to Natural Selection, entailing Divergence of Character and the Extinction of less-improved forms. Thus, from the war of nature, from famine and death, the most exalted object which we are capable of conceiving, namely, the production of the higher animals, directly follows. There is grandeur in this view of life, with its several powers, having been originally breathed into a few forms or into one; and that, whilst this planet has gone cycling on according to the fixed law of gravity, from so simple a beginning endless forms most beautiful and most wonderful have been, and are being, evolved.”

– Charles Darwin, from “On the Origin of Species” first edition, 1859.

Chris Eppig is the Director of Programming at C2ST. He blogs regularly at christophereppig.wordpress.com

This article was originally posted at https://christophereppig.wordpress.com/2014/02/05/darwin-didnt/