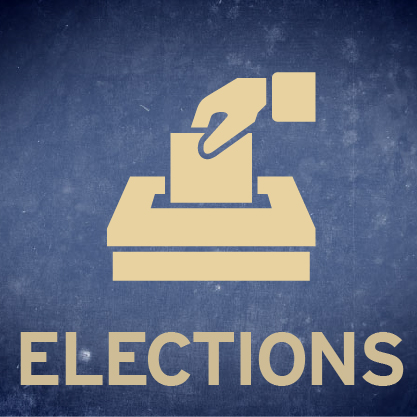 What I’m about to discuss here should not be taken as any kind of partisan sour grapes. I can prove that…the experts I quote in this article have been worried about this issue for more than ten years…through elections of Democrats and Republicans.

Bottom line: While we have no proof that any vote was ever changed by any nefarious actor, either foreign or domestic, our electoral systems are not secure systems.

For a variety of reasons, I’ve discussed this issue with friends and colleagues over the years (Disclaimer, I wrote a novel ten years ago about what would happen if an election were indeed stolen).

“That’s not a problem,” many have said, “I vote on a paper ballot.”

“Aha,” I usually say, “you know that paper ballots are counted on systems that are fundamentally software based.”

In a February 2016 interview with David Pogue in Scientific American, Professor Aviel (Avi) Rubin wrote, “Voting machine software should most definitely be made publicly available, but we need to realize that it may still have security vulnerabilities.” Rubin is a professor of computer science, and Technical Director of the Information Security Institute at Johns Hopkins University.

In November 2016, also writing in Scientific American, Professor David Dill said, “[Our voting systems are] clearly vulnerable to attack not only by foreign powers, but by criminal groups, campaigns, and motivated amateurs. If elections lose their credibility, democracy can quickly disintegrate.” Dill is a professor in the School of Engineering and professor of computer science at Stanford University.

Have you ever wondered about the chain of custody of votes cast in a polling place until winners and losers are announced by news organizations?  A ballot is cast, tallied, transported/transmitted to an election authority, transmitted to a state central collection site and reported.  Chain of custody questions are real.

What about software that runs in voting machines…both paper counters and electronic? What’s the chain of custody of an assumed trusted manufacturer to a county’s storage facility to the polling place? Did you know that many, if not most voting systems are not manufactured in America? Did you know that many jurisdictions do not require that voting system software even be inspected?[1]

The machines are only part of it. Our election law is antiquated and leads to vulnerabilities. In December 2016, a federal judge in Michigan halted a recount of that state’s ballots. The judge was following the law. But, as Professor Rubin, Professor Dill and countless others will tell you, hand recounts of tangible paper ballots is not is not the final answer for this problem but an important step. Some states allow recounts when the margin of victory is less than a certain percentage.  Others have other rules. None, however, anticipate a hacked election and how to deal with it.

Which brings us to the present. Testifying before Congress, former FBI director James Comey said there is no evidence that any foreign power has changed even one vote. Here’s the question though, if there are no recounts and inadequate inspection of election equipment, how can any evidence of tampering be uncovered? No, once again, this is not a partisan screed. Both parties have participated in various election fraud scams…from falsely telling voters where and when to vote, to fraudulently filling out absentee ballots.

I could go on and quote other experts. And I would, but too often experts are tagged as elitists with axes to grind. Both the Left and the Right are quick to point to one kind of fraud or another when their side loses.

Illinois, the perennial whipping boy of election fraud actually has one of the most reasonable set of election laws dealing with voter-initiated recounts, stuffed ballot boxes and other things. If America’s whipping boy can stimulate change, why can’t the rest of the country?

Further disclosure: In order to raise the consciousness of American citizens to the dangers of vulnerable election systems, we are working on a movie that shows how hacked elections may not be detected and what would happen if elections were provably hacked (Ballot Holes Movie).

Sandy Morganstein is a frequent contributor to C2ST blogs. He has a MS in Astrophysics from the University of Chicago and a BS in Physics from MIT. As an undergraduate, he was inducted into Sigma Xi, an international honorary community of scientists and engineers. Mr. Morganstein has served in both the private and public sectors.  He has been awarded more than 35 patents including pioneering patents related to voice mail and similar voice telecommunications technology.