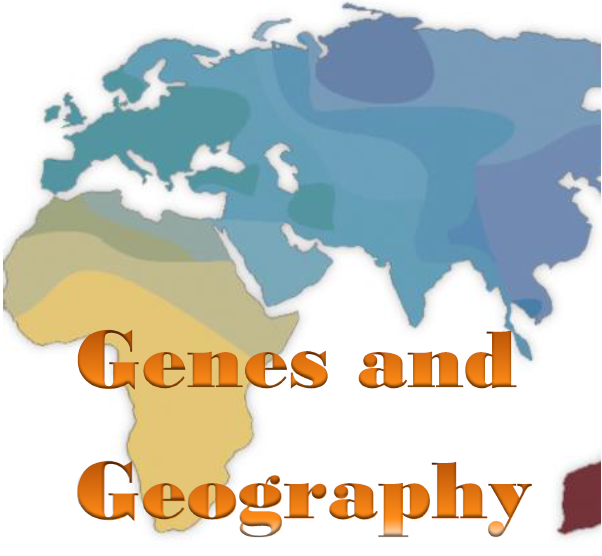 At its minimum, a map is a directional aid. At its best, a map is a detailed excursion into our history and our future. With the advancement of DNA and computational technologies, researchers and private companies are now building maps to understand our evolutionary and ancestral origins.

John Novembre, a population geneticist at the University of Chicago, generated one of the first genetically-informed maps. Interested in understanding how geography influences the flow of human genes through evolutionary time, Novembre used a statistical technique to compress multiple DNA signatures from over 1400 European participants into only two dimensions. After overlaying the participants self-reported ancestral countries, this two-dimensional genetic map bared a striking resemblance to Europe (Novembre, 2008). Novembre shared his map and insights on January 16th at Pint Chicago, as part of a C2ST Speakeasy program.

Novembre’s map highlights a critical concept that he and his colleagues are valiantly trying to understand: spatial population structure. All natural populations have an inherent genetic structure, with some individuals more closely related than others (Veeramah and Novembre, 2014). As Novembre’s genetic map showed, this relatedness is inextricably linked to the underlying landscape that evolving populations call home.

Researchers uncover the degree of relatedness amongst individuals by determining the similarity of DNA sequences at sub-regions along the genome known as Single Nucleotide Polymorphisms, or SNPs. A SNP is a variation of a single nucleotide within a DNA sequence and, often, specific variants appear in specific ethnic or geographic groups.

With the identification of SNPs continually becoming ever-more efficient, researchers like Novembre leverage increasingly sophisticated computational techniques to uncover subtle genetic differences in populations that further our insight into the central role of geography on genetic structure (Petkova, 2016; Novembre and Peter, 2016). Researchers, however, are not the only ones utilizing large SNP-datasets. Private companies such as Ancestry and 23andme use these datasets to entice customers with promises of revealing a complete map of their ancestral heritage.

What Are Your SNPs Saying About You

Between Black Friday and Cyber Monday of 2017, Amazon sold 1.5 million units of Ancestry’s home DNA kit. That’s right, 1.5 million units. 23andme indicated that they moved similar numbers in that time period (Molteni, 2017). Four weeks out from the holiday season and it’s likely that a decent number of home genealogists are patiently waiting to find out whether traditional British sausage rolls or Norwegian smoked salmon will be the main dish at the next family reunion. However, these ancestral maps may not fulfill expectations due to both biological and technical limitations.

A component of your ancestral map may be missing due to a quirk of biology. At each generation, segments of chromosome pairs exchange with each other in a process known as recombination (Baudat, 2013). Recombination has numerous advantages in the evolutionary arms race (Coop and Przeworski, 2007), but the cost is a genetic swap meet where ancestral DNA can vanish from an individual’s genetic tree without leaving any evidence that it was there.

With their increase in popularity, interested parties are discovering technical limitations of these tests by comparing and contrasting the results from companies like Ancestry and 23andme. Often, each company returns a different map of your ancestral heritage. At Ancestry, you may be 30 percent Pacific Islander, while 23andme found less than one percent of your heritage attributable to Pacific Islander (Brown, 2018).

A recent article from Gizmodo entitled “How DNA Testing Botched My Family’s Heritage, And Probably Your’s, Too” clearly outlined the main hurdle: to determine the origins of your unique collection of SNPs, the company needs ethnic or geographic “reference genomes” for each of your SNPs. Therefore, the efficacy of these tests depends both on your ethnicity and if Ancestry or 23andme has sufficient reference genomes (Brown, 2018). Encouragingly, increased popularity indicates that more people are using their services, thereby increasing the number and variety of reference genomes.

Though still in its infancy, personalized ancestral map-making has captured the public’s interest (Novembre and Peter, 2016; Brown, 2018). Moving forward, it is critical that we as a society are cognizant of the value our genetic material has to both well-intentioned circles and to those more maliciously inclined. Supporting legislation such as the Genetic Information Nondiscrimination Act (GINA) of 2008 and speaking out against racist misinterpretation of genetic diversity are responsibilities we all hold.

Indeed, it is wise to remember that our own personal ancestral maps are but small segments of a rich and diverse evolutionary excursion.

Kristen is a newly-minted Ph.D. with an insatiable curiosity for all things science – the more complex and interconnected the better. While they spent the past 6 years experimenting on the beer-producing, bread-making cells called yeast, they are now pursuing their passion to cultivate enthusiasm for scientific curiosity in the general public. You can find them nerding out at museums, the library, or other C2ST events.