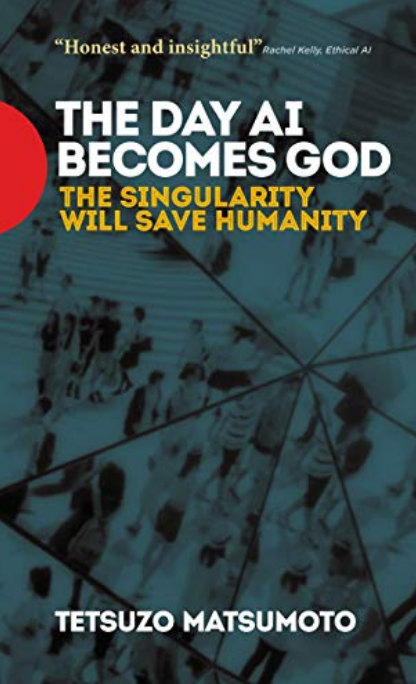 In the context of artificial intelligence (AI) the “singularity” refers to a fundamentally transformative time when AI becomes intelligent enough to improve itself without human assistance.  When AI can improve itself, the self-improvement process leads to runaway computer-based technology that will radically change civilization.  Improvement tirelessly builds on improvement leading to capabilities we can hardly imagine.

Tetsuzo Matsumoto has an excellent vantage point to observe the (probable) coming of the singularity and the consequences of it.  While not a technologist himself, Matsumoto has been present at the birthing table of many of the advanced technologies that have become part of daily life.  Matsumoto was on the board of Softbank, was president and chairman of Qualcomm Japan and a senior executive at one of the largest Japanese trading companies where part of his responsibilities was to monitor emerging technology with an eye to commercialization.

The effects of the AI singularity are so earth shaking that Matsumoto sees AI as man’s servant, or its god, or its devil.  While such a view cannot possibly be literal, Matsumoto explains why the singularity could indeed mean any of those things.  In his view, this is not hyperbole.

The book surveys many of the world’s religions — eastern and western — and consequently uses the word god with studied intention.  There are at least two points about AI and a god. Primitive man didn’t understand thunder and lightning so they ascribed such things to a god…an anthropomorphism of incredible, yet not understood power.  You don’t have to search far to see similar anthropomorphisms:  from earthquakes to the daily rising of the sun; from birth to death.  Primitive man believed each of these natural events to be caused by a supernatural god. One of Matsumoto’s points is that AI will become so powerful that humans will not understand its power; we will not understand why certain things happen and we will reflexively assign the incomprehensible to the workings of AI.  Just as primitive man assigned cataclysmic events to the workings of gods.

The singularity is a real concern to many of our leading thinkers. Stephen Hawking, Elon Musk and Bill Gates worry that AI can become so powerful that mankind can no longer control it. Hawking’s worries are perhaps the most well-known.  Hawking wrote,

Matsumoto also thinks that mankind will no longer be able to control AI but he is optimistic and takes the point of view that we should not try to control an omniscient, beneficent AI as he argues why AI will operate for good. Of course, care must be taken during the development of AI before it reaches the singularity so that AI will always be beneficent.  The book’s optimistic (I hesitate to use the word “Pollyanna” because Matsumoto gives us substantial reasoning) view is that if AI develops the capabilities that far exceed those of man, greed, crime, murder, war, and famine will be eliminated. An advanced AI would be selfless and would have no need to harm anyone.

The great takeaway from Matsumoto’s book is that the singularity is coming and we have nothing to fear.  He weaves this conclusion through an historical analysis of philosophy, religion, law, politics and science.  The Day AI Becomes Godpresents us with a refresher course in all of the above and points to the inescapable future and an inevitability similar to historical determinism.

The book is fascinating in its depth and breadth.  Matsumoto uses his personal experience in different world cultures and business landscapes to reach what appears to be an ineluctable conclusion.  For those learning about AI this is not only a good starter but a good framework for grounding oneself in what is likely to have the most profound influence on the development of mankind.  For technologists working in AI, Matsumoto’s book will broaden understanding of the philosophical and moral elements at play in the development of AI.

Disclaimer:  Several decades ago, this reviewer had a business relationship with Mr. Matsumoto. We no longer have any financial ties of any kind.

9 thoughts on “Book Review for The Day AI Becomes God”