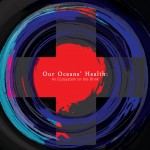 Ocean Acidification – carbon dioxide and its effect on Earth’s oceans

Since the first Earth Day was celebrated forty years ago, the focus has been on awareness and environmental action. However, most attention in the past has focused on “terrestrial earth”, even though most of the earth’s surface is covered by water.

The issues that seem to be receiving the most attention are related to carbon dioxide emissions from man’s combustion of fossil fuels and the changes observed to the climate. Certainly, climate change is one of the most urgent issues facing the survival of man, but few people know that over thirty percent of the carbon dioxide released by man has already been absorbed by the oceans, which is causing unfortunate changes in ocean chemistry.

Ocean acidification is now receiving some attention in the media as more scientific studies are showing that carbon dioxide is also affecting the chemistry of the Earth’s oceans. One could argue that the term “ocean acidification” is not the best term to describe changes in ocean chemistry since changes in pH are only one result of the ocean’s uptake of carbon dioxide. Nevertheless, ocean acidification is the current terminology being used to describe these changes. We are already seeing small decreases in pH in parts of the oceans, especially shallow areas and at the surface.

Ocean acidification is defined as an ongoing decrease in the pH of the oceans, caused by the uptake of anthropogenic carbon dioxide from the atmosphere. Chemists will often remark that carbon dioxide acts as an acid in water, and bubbling a small amount of CO2 into seawater will drop the pH quickly. But the drop we see in pH is really part of a much more complicated shifting of the carbon cycle, changing the concentrations of carbonic acid, carbonate ion, and bicarbonate ion.

The main concern for the oceans results from a decrease in the carbonate ion, which is altering the main food web by reducing the ability of calcareous organisms, such as plankton, corals, and shellfish, to produce their calcium carbonate skeletons.

Carbon dioxide will continue to cause problems to our atmosphere, but even if CO2 emissions were to cease now, approximately 90% of the gas already emitted will be taken up by the oceans by mid century. We can expect to see further degradation of coral reef habitats and major changes in the types and numbers of organisms living in the oceans. Only with rapid decreases in man made carbon dioxide do we stand a chance to allow the ocean’s calcareous organisms to survive in our changing oceans.