In April 2022, scientists from all over the world put themselves at risk of being arrested. While the issue of climate change and climate change regulation has been a heated topic for years, a recent report from the Intergovernmental Panel on Climate Change (IPCC) sounded the alarm for many researchers as it warns we only have until 2025 to make significant changes to our consumption behaviors. After the report was published, an international community of scientists went to the streets to protest the lack of action by local governments and to draw attention to the dire results outlined in the new report. Peter Kalmus, of the NASA Jet Propulsion Laboratory, was one such scientist. “It’s now the eleventh hour and I feel terrified for my kids and terrified for humanity,” he said. 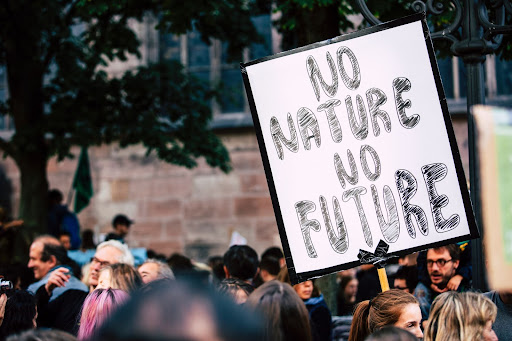 To give a little background on the IPCC: it was formed in 1988 by the United Nations Environmental Program (UNEP). It is a collaborative organization with a membership made up of climate scientists from all over the world. The IPCC publishes comprehensive scientific reports every 6-7 years but annual reports and special reports are also frequently posted. These reports detail how climate change is progressing and they recommend actions for governments to take either through legislation, policy, or public advocacy. Additionally, they provide summaries of annual climate summits or other important climate advocacy events held for the public.

In the IPCC April 2022 report there is a section specifically for policymakers. While progressions in climate-friendly technologies (e.g., electric vehicles) were acknowledged, researchers noted that current climate policies did not result in the kind of necessary outcomes that were initially predicted. The current rate at which we are emitting greenhouse gasses and polluting the environment will cause detrimental impacts on our livelihoods within the next decade.

The generally agreed-upon temperature limit that many governments are trying to maintain is an increase of 1.5˚C. However, due to international reliance on emissions-heavy industries (e.g., textiles, fossil fuel, plastic, etc.), there has been little to no strict regulation of industrial processes. Because of this, there has been a consistent global temperature increase. The IPCC report warns that we must enforce “rapid, deep and in most cases immediate GHG emission reductions in all sectors” in order to keep below the 1.5˚C limit.

After these alarming statistics were reported, scientists took to the streets to express the urgency of the data. Many expressed anxiety and hopelessness about the perceived apathy from governments and international companies. Others felt that the situation was not being addressed like the emergency it is.

As it stands currently, we are not doing nearly enough to mitigate the impacts of climate change. Many governments are refusing to stop coal and fossil fuel-based technologies and are not hitting the emissions reductions that they had promised.

But the scientists aren’t giving up hope yet. “I feel deep grief over the loss of forests and corals and diminishing biodiversity,” Kalmus said. “But I’ll keep fighting as hard as I can for this Earth, no matter how bad it gets, because it can always get worse.”