Before baby birds even begin to observe the world around them, they are already able to learn certain behaviors. Over the last decade, studies on early development of bird communication have shown that learning can begin much earlier than previously thought. In some bird species, song learning starts with an unhatched egg.

Diane Colombelli-Negrel, a behavioral ecologist from Flinders University, did not intend to make this discovery. She was recording bird calls and noticed that mother superb fairy-wrens, a type of small bird from Australia, were singing to their unhatched eggs. After studying this peculiar behavior, researchers found that mother wrens sing to their eggs to teach them a song, and surprisingly, the unhatched birds learn it. The sounds they learn are crucial to their survival after they hatch, especially when dealing with pesky cuckoo birds. 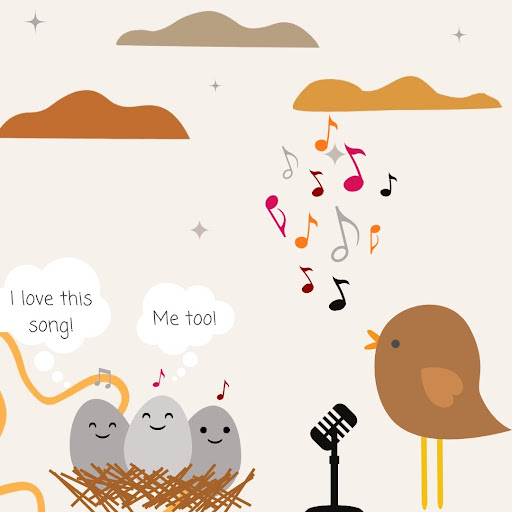 Cuckoo birds cause trouble for fairy-wrens. Cuckoo birds lay their eggs in fairy-wren nests, forcing mother wrens to raise the cuckoos young. Thankfully, wrens know a way around this issue. The song unhatched wrens learn serves as a password of sorts. After they hatch, fairy-wrens sing this password back to their mom to get fed. This song helps the mothers identify their babies because incubating cuckoos are not able to learn this password. Why cuckoos cannot learn the secret song of wrens is still a mystery.

Researchers can tell when an unhatched chick responds to a sound by looking at their heart rate; when their heart rate decreases, they are reacting to what they hear. Incubating wrens exhibited a drop in their heart rate when they heard their mother’s call. Additionally, wren eggs showed no response when hearing the calls of other species. This means they can differentiate other species’ calls from their own – all of this is done just from the inside of an egg. 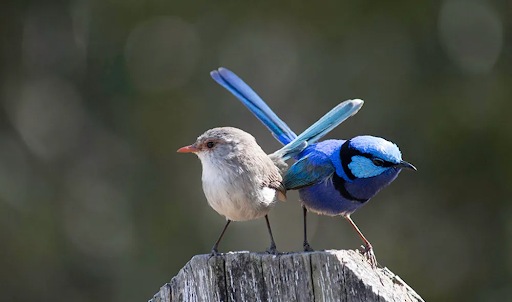 As special as superb fairy-wrens are, they are not the only species that start learning inside the egg. Thus far, researchers have found that red-winged fairy-wrens, little penguins, Darwin’s small ground finches, and the Japanese quail can all identify the sound of their own species before they have hatched. Wrens and finches are considered songbirds, but penguins and quails are not. These two are considered vocal non-learners, meaning they do not learn songs from hearing them. Instead, they are born knowing their species’ song. Songbirds learn calls in the same way humans learn language: by hearing a sound and repeating it, this is known as complex vocal learning. Penguins and quails, our vocal non-learners, have sounds genetically programmed into their brain; they know the call of their species before they ever hear them! Since penguins and quails are not born with the calls of other species, “genetically baked in”, researchers are not sure why they could distinguish these sounds before they have hatched.

Discovering that certain birds can learn before they have hatched has changed the way many scientists view early development. As more research is done in the future, it will be interesting to find out which other species are such early learners, and why they learn so early.

61 thoughts on “Tunes for Tots: Birds Sing to their Incubating Eggs”