People look up for inspiration. Likewise, German astronomer and mathematician Johannes Kepler looked to the heavens and unlocked the secrets to planetary motion. On December 27th, we celebrate Kepler’s birthday and his contributions to astronomy. 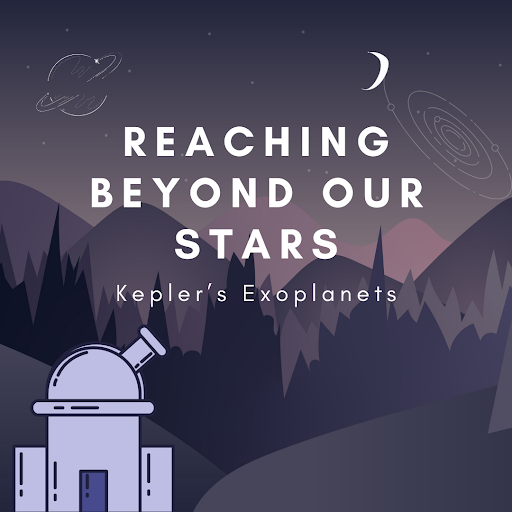 While Nicolaus Copernicus first observed that the planets revolve around the Sun, Kepler went on to define their movement. Kepler is best known for his three laws of planetary motion¹ which describe the motion of planets around the sun.

The first law states that all planets move around the sun in elliptical orbits with the sun at one focus. The second law describes the speed at which any given planet will move while orbiting around the sun. For instance, the invisible line connecting the sun to a planet covers an equal amount of area over the same amount of time. What this means is that planets move fastest when they are closer to the sun and slowest when they are furthest from the sun. The third law compares the orbital period and radius of orbit of a planet to those of other planets. It states that a planet’s orbital period (the time it takes to complete a revolution around the Sun) is proportional to the size of its orbit (the path a planet takes around the Sun).

Today, these laws can be applied to planetary motion and can be used to determine the orbits of satellites and space stations. As part of NASA’s Discovery Program², NASA named their planet-hunting telescope in honor of Kepler. The space telescope launched on March 7th, 2009 to explore the final frontier in search of exoplanets (any planet beyond our solar system that orbits a star) and estimate how many billions of stars have these planets in our Milky Way galaxy. Many of these exoplanets are between the size of Earth and Neptune (which is four times the size of Earth).

The Kepler telescope collected data³ for the better part of nine years, before being decommissioned in 2018. Since then, it has observed 530,506 stars and confirmed over 2,600 planets! Now that’s going to infinity and beyond. Its successor, K2, continues to observe the stars for new planets and potentially habitable worlds.

In order to distinguish real exoplanets from “false positives” (points of light in the sky that may appear as moving planets due to the brightness of light they emit), scientists have utilized machine learning methods such as the ExoMiner⁴. This allows scientists to comb through massive datasets collected from Kepler and K2 and use statistics based on the data (e.g., different observation techniques to distinguish planets) to validate exoplanet status. Using ExoMiner, there have been an additional 301 planets discovered and machine-validated from the data in the Kepler Archive.

But why even bother exploring space to study exoplanets?

Observing exoplanets allows us to better understand the solar systems around our own. This is especially true if the exoplanet is Earth-like, capable of supporting life, and/or relatively close to our solar system. There is more to be studied about these exoplanets (e.g., atmospheres suitable for life and the presence of water like lakes or oceans). Not only have the Kepler/K2 missions sparked research into exoplanets, but scientists have also begun new types of research within our solar system to investigate exploded stars and supermassive black holes that lie at the center of galaxies. The next hurdle would be to figure out how to travel to these distant exoplanets, though this will most likely occur after our lifetime due to our current technological limitations. For now, interstellar travel to other solar systems is still a far-off dream.

Instead, a more attainable goal is interplanetary travel. Since the moon landing, the next stop on our planetary tour is a trip to the Red Planet, our friendly neighbor Mars. As of this summer, NASA has begun recruiting crew members⁵ to participate in a year-long mission to simulate what life would be like on Mars. The goal would be to eventually send humans to Mars to establish a colony settlement.

On Kepler’s birthday, we celebrate a foundational discovery in astronomy, one that led to untold innovation and exploration of distant stars and planets. Space exploration has come a long way since the moon landing and with the use of the Kepler telescope, the discovery of hundreds of distant planets is a sci-fi enthusiast’s dream. Now, we look forward to the future, a future which one day may include interplanetary space travel.