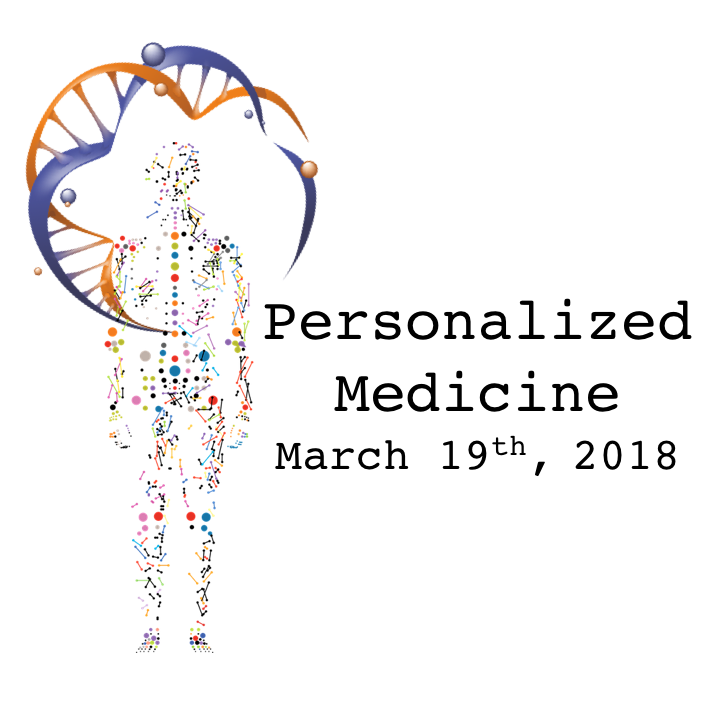 Sarah at five years-old was experiencing twenty-five seizures a day.  Her doctors had started to treat her with one drug, but when that did not work, they tried another, and another and another.  Sarah was taking four different drugs each day and still the seizures continued.  These drugs had worked for some people, but not for Sarah.

Sarah’s doctors had reached a dead end, and her condition was worsening fast, so her doctors referred her to Ann & Robert H. Lurie Children’s Hospital of Chicago to try a different approach.  Lurie Children’s is a leader in the field of precision medicine.  Lurie Children’s previously had studied neurological conditions similar to Sarah’s using gene sequencing and computer analysis and had found a genetic defect that appeared to be associated with seizures and a drug that cured seizures when the seizures were caused by that particular genetic defect.

Lurie Children’s drew a tissue sample from Sarah and sequenced various parts of her genetic code, focusing on portions of the code that research had shown were most often associated with neurological disease.  When they found the same defect in Sarah’s genes that they had found during their previous studies, they knew just what to do.  Administering four drugs that had worked for some other people was not the answer for Sarah.  Instead, Sarah was given the one drug that was tailored to her genetic defect.  The seizures stopped within days and never returned.  Precision medicine had saved Sarah’s life.

Chicago is fortunate to have several leaders in the field of precision medicine, and on March 19, 2018, the Chicago Council on Science and Technology (C2ST) presented a program entitled “Precision Medicine – On Size Does Not Fit All” during which distinguished representatives of three Chicago organizations explained the basic science and technology of the field, reported on past and current work and discussed what the future may hold for precision medicine. [You can watch the full program video here]

Dr. Elizabeth McNally, the Director for the Center for Genetic Medicine at Northwestern University’s Feinberg School of Medicine provided an overview of the science and technology.  Dr. McNally is a cardiologist at the Bluhm Cardiovascular Institute at Northwestern and expert in cardiac genetics.  Dr. Thomas P. Shanley, Chair of the Department of Pediatrics at Ann & Robert H. Lurie Children’s Hospital of Chicago and Chief Research Officer of the Stanley Manne Children’s Research, discussed a number of clinical applications of the research.  Dr. Shanley has studied the treatment of children with respiratory failure from lung disease and septic shock triggered by infection.  Finally, Dr. James Sullivan, Vice President, Discovery, at AbbVie spoke about research and development efforts to treat cancer, Alzheimer’s disease and various types of autoimmune disease.

A number of important facts and concepts were discussed during the course of the presentations:

·      Human beings have 23 chromosomes and approximately 20,000 genes on those chromosomes.  Each gene consists of two strands of DNA bases.  There are four DNA bases, commonly referred to as A, C, G and T.  DNA base “A” always pairs with “T”, and “C” always pairs with “G.”  The sequence and number of base pairs in each gene is different.  Genes vary in length from about 5,000 to more than one million DNA base pairs.  Using the power of computers in gene sequencing is critically important given the volume and complexity of information in our genome.

·      Rather than sequencing the thousands or millions of DNA bases comprising a gene at one time (“long-read’ method), many researchers use a “short-read” method which sequences the gene in short overlapping segments and then assembles the entire gene map from the segments.  In the process, each DNA base may be read 30 to 50 times.  This short-read DNA sequencing is faster and more accurate than reading the entire gene at once, but it generates even more data than the “long-read” method.

·      Precision medicine involves comparing the sequence of DNA bases in genes of sick individuals to the sequence of bases in the genes of healthy individuals by using computer analysis.  Increasingly, researchers are using methods of machine learning in Artificial Intelligence to discover common patterns and variations.

·      Genes are blueprints for the production of proteins, which make up much of the operating apparatus of our bodies.  Having identified what appear to be differences in the sequences of DNA bases between sick and healthy people, researchers can identify the proteins associated with the genetic variants and determine whether and how the proteins produced by the variants are involved in causing the disease being studied.

·      After genes and proteins involved in causing the disease are identified, researchers attempt to develop drugs that interact with the defective gene and/or protein in a manner that stops the disease-causing mechanism.

·      Many diseases have environmental and lifestyle triggers that interact with genes.  Some diseases may be addressed by eliminating these triggers through preventive measures.

·      Cancer is often caused by multiple genetic defects.  Some of these defects may be present from birth.  Others develop over time.  Once tumors form, the rate of mutations may increase.  The number and complexity of mutations and the fact that they continue to change during the course of the disease make the treatment of cancer particularly challenging.

·      Some genetic diseases (such as the neurological disease known as Huntington’s) will occur with near 100% probability if a certain genetic defect is present.  However, with respect to most genetic diseases identified so far, the existence of one or more associated genetic defects indicates only probabilities that the disease will occur.  Genetic counseling is helpful both before and after genetic testing to understand better what type of genetic information can be learned through genetic testing and in deciding what actions to take in response to the test results.

·      Precision medicine will identify how much variation among people there is in the causation of various diseases.  Some diseases may share genetic causal pathways, even the precise genetic variants responsible for diseases.  With respect to other diseases, people who appear to have the same disease may have different genetic variations from one another linked to the disease (as was the case for Sarah).  Gene-specific cures will need to address the type of genetic variation responsible for disease.  Where “one size truly fits all,” there will be a common treatment approach.  Where it does not, treatments will be appropriately customized to deal with the variation.

The speakers also made the point that the future of precision medicine will depend upon having sufficiently large amounts of genetic, environmental and lifestyle data with which to find patterns and meaningful variations to isolate which genes, environmental factors and lifestyle practices contribute to causing particular diseases.  At the same time, it will be necessary to enhance computational capacity, using machine learning and possibly artificial intelligence, to sort through this enormous amount of data in a timely and cost-effective fashion to find causal relationships.

In 2015, President Obama launched the Precision Medicine Initiative.  As part of this initiative, a data collection program known as “All of US” will launch in September 2018.  The goal of All of Us is to sequence the genomes of approximately one million people and obtain medical records and lifestyle information from them that researchers can use to find causal connections for diseases such as cancer, Alzheimer’s, diabetes, Schizophrenia and many other diseases.  Some of these causal connections will be used to identify the genes, proteins and biological pathways that cause disease and will lead to the development of pharmaceuticals and medical devices to cure diseases.  In other cases, we may learn to make changes in our environment or lifestyles to prevent diseases.

The Illinois Precision Medicine Consortium and Northwestern are lead sites for the All of US program.  Anybody can sign up to participate in this “Moon Shot for Health” program and make a contribution to finding cures for millions of people.  There is no cost to joining and one can terminate involvement at any time.  Participants will be able to obtain their own genetic information to discuss with their private physicians and genetic counselors if they wish.  More information concerning this important initiative can be found at https://allofus.nih.gov/.  The All of US program stresses that it has made privacy protection the highest priority since the study uses health care information.  The site offers people the opportunity to have live online chats with staff and to obtain additional information concerning privacy and other subjects to help them decide whether to participate in the project.

Precision medicine is our future.  Genomics and the application of artificial intelligence will likely lead to many more success stories like Sarah’s.  All the more reason to support science and technology – in our schools, in our political system and in the ways we show our respect and appreciation to those who do the hard work of science, which, in turn, will encourage more talented children to pursue this critically important work.

—Robert Kriss is a member of the Board of C2ST and a partner with the law firm of Mayer Brown LLP.