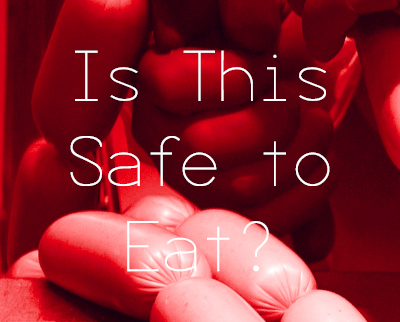 In case the cold weather kept you away from C2STs latest event entitled “Is This Safe to Eat?,” here is a quick recap.

Chicago’s long-standing love affair with food is mirrored by an equally long-standing interest in food health and safety.  Eric C. Larson, president of Safe Foods International Holdings and a member of Illinois Institute of Technology’s Board of Trustees, gave a brief history of food safety, highlighting Chicago’s role as a hub for national food production and transportation.   Robert E. Brackett, vice president and director of the Institute for Food Safety and Health (IFSH), spoke on the new technologies being employed to both identify and prevent potential threats to food safety.

Some quick statistics: In addition to the many incidences of food borne illness left unreported to the agency each year, the CDC reports approximately 48 million cases per year in the United States, resulting in 3,000 deaths.  Even more unsettling is that these numbers have continued to climb in recent years.  Brackett explained this is likely the result of a corresponding increase in epidemiological understanding, surveillance, and technological advances (such as genetic fingerprinting), culminating in effectively “shining a blue light” on the issue.  Another factor is the uptick in the amount of food that is coming from increasingly distant locations- including under-developed countries with different safety standards than our own.  Somewhat counter-intuitively, the modernization of transportation can have a negative –as well as positive– effect on food safety: while overnighted food is undoubtedly fresher than food arriving by ground transportation, the expedited time in which it arrives on your plate also can translate to insufficient time for identifying a potential problem, and stopping it from spreading.  (One example of this was the identification of tainted spinach found in Oregon that was subsequently traced back to Wisconsin.)

How can we prevent breaches in food safety?  Larson advocated for the shared responsibility of the consumer, industry, government and academia.  First, be aware of common “at risk” populations.  While we may not realize it, there is an immune component to food poisoning.  Just like with any other bug, people who are immunocompromised are more likely to contract food borne illnesses.  Second, embrace new technologies for boosting food safety.  For instance, sterilization techniques now include ionizing radiation, pulsed electrical fields, cool plasma, ultrasound, UV light and extreme high pressure- up to 90,000psi.  All of these strategies improve upon the standard thermal processing while retaining the shelf life, bioactivity and functionality, and sensory quality of food. Third, and perhaps most importantly, there is a need for continued changes in regulatory philosophy regarding food health and safety.   For me, herein lay the most eye-opening reveal of the evening.

With the exception of the Hazard Analysis & Critical Control Act of 1957 (a teaming up of NASA and the US Army Laboratories with Pillsbury for the engineering of space-safe foods), up until the Food Safety Modernization Act passed in 2011, there hadn’t been new legislation regulating food safety since 1938.  That’s a difference of 73 years!  Take a minute to think of all the new foods that have come and gone in the grocery store since 1938.  (Here’s a hint: the 1938 legislation was largely in response to the emergence of frozen foods circa WWII. As in, frozen was the newest technology. And we thought it took a long time to get new drugs to market.)  Essentially, the 2011 legislation is an effort to push new technologies- leaving behind the previous approach of “command and control” and embracing an innovation-friendly stance of “meet these standards by any means necessary.”  Why it took so long for ANY change in regulation to come through was never discussed.

I think this disconnect between regulation versus current trend was also reflected in many of the questions from the audience.  While the focus of the talk was on technologies to identify and prevent the more immediate threat of “food poisoning,” the interest of the audience seemed to be on long-term effects of additives, preservatives, pesticides, antibiotics and hormones, etc. commonly found in food and/or food sources.

In response, Brackett explained that if the FDA has determined that the use of a pesticide, antibiotic, hormone or genetically modified organism is deemed safe for human use, then in order for these food items to ultimately be labeled differently or removed from the food supply these particular issues are usually consumer-driven– enforcing Eric Larson’s theory of shared responsibility.  If consumers refuse to purchase foods from animals treated with hormones, for example there will be an increase in hormone-free options and a decrease in artificial growth hormone-containing foods.  We have control over what we buy, and can exercise this control faster than academic research can identify proven, long-term consequences of eating whatever it is we eat.  For now, the IFSH has our backs when it comes to E. Coli, Salmonella, and botulism.  I’m sure Michael Pollan would agree that much of the rest is up to us.

Zoe Hunter is a volunteer with C2ST. Zoe received her PhD in Biomedical Research at the University of New Mexico in Albuquerque.  She is currently a postdoctoral fellow in Stephen D Miller’s lab at Northwestern University where she researches nanoparticle-based therapies for immune tolerance. Coming from an undergraduate background in modern dance, she is committed to C2ST’s mission to empower people with basic scientific literacy.