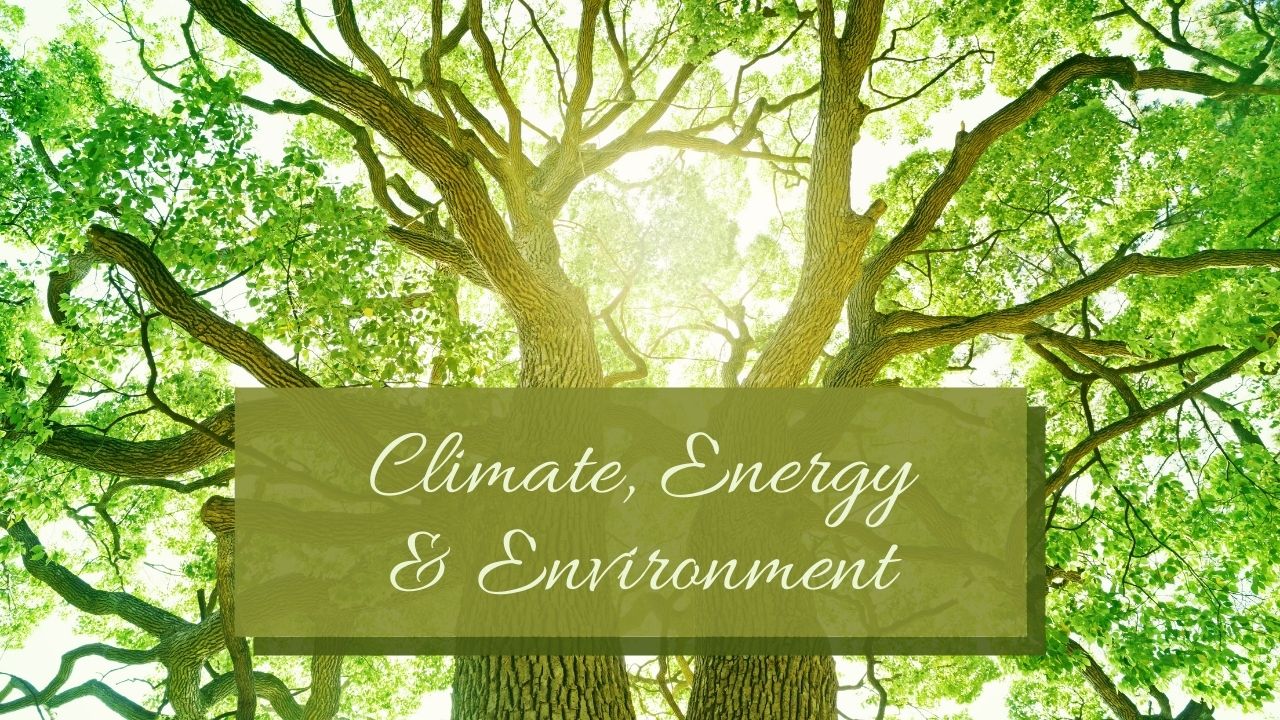 As far as science and technology topics go, the environment is a broad, multifaceted, and vitally important subject to explore. Over the last few years, C2ST has held numerous talks, discussions, and events built around a variety of environmental challenges and opportunities. Naturally, many of our discussions were focused on climate destabilization–its origins, its implications, and the methods by which humankind can turn back the tide of impending collapse.

What follows are our ten most popular programs on C2ST TV.

The Future of Solar Energy with Robert Armstrong

Solar energy holds the best potential for meeting humanity’s future long-term energy needs while cutting greenhouse gas emissions. However, in order to realize this potential an emphasis on developing lower-cost technologies and more effective deployment policy is required. This lecture presents results of a comprehensive study on The Future of Solar Energy by the MIT Energy Initiative (MITEI), which is part of a series of multidisciplinary reports that examine the role various energy sources could play in meeting future energy demand under carbon dioxide emission constraints.

The Price of Doing Nothing: The World’s Energy Future with George Crabtree

Dr. George Crabtree walks us through the potential for a complete reimagining of the next 50 years of global energy production.

In the surrounding Southern Ocean, sea ice covering an area about equal to the continent in size freezes and melts annually. The Antarctic continent and surrounding ocean are distinct in being governed through an international treaty system comprised of the Antarctic Treaty and the Convention for the Conservation of Antarctica Marine Living Resources. The Antarctic Treaty System emphasizes peaceful uses of the region with a particular focus on scientific research. The National Science Foundation manages the U.S. Antarctic science program on behalf of all of government. The U.S. Antarctic Program (USAP) continually evolves with the frontiers of science and takes advantage of opportunities for discovery afforded by the unique life and environments of Antarctica. This talk goes over recent USAP goals and highlights as well as the challenges of providing logistics support to make research possible in this remote and intrinsically inhospitable region.

Climate Disruption: What We Can Do Now

Learn about the science-based evidence behind climate disruption and the options available to us to secure a sustainable future.

Water: Chicago in the 21st Century and Beyond with Debra Shore, Aaron Packman, & Seth Snyder

A key group of research institutions, civic leaders, business executives, and philanthropists are laying the foundation for securing the future of the Chicagoland area’s water supply and establishing Chicago as a place of innovation in the use and reuse of our freshwater resources. The goal of the group is to build on Chicago’s long history of using transformational technology to address challenging water issues, creating an environment that will treat water as not only a key resource for sustained population growth, but as an economic and industrial driver in a water-constrained future. The group is researching key water issues such as infrastructure, climate change, flooding, agriculture, wastewater treatment and recapture and reuse of wastewater for industrial and energy use.

In an effort to enrich the Bicentennial celebration by highlighting the contributions of the Native American community, C2ST, in partnership with the Trickster Gallery, Chicago City Markets, and the Mitchell Museum, hosted an Indigenous Science program. This program featured a panel of qualified experts in ethnobotany, sustainability, and conservation.

FRACKING: The Quest for Energy Independence with Gerald,Trevor, Jordan & John

Fracking is a step in the production of gas and oil by the high pressure fragmentation of shale using water, sand, and chemicals. Using fracking to produce shale oil and shale gas has the potential to make the United States largely independent of foreign sources of natural gas and significantly less dependent on foreign sources of oil. The major exploitation of shale oil and gas will depend on dealing with environmental concerns surrounding potential ground water contamination and water depletion that result from the fracking process.

Climate Change and Energy Needs: Finding a Path to Sustainability

This seminar focused primarily on the need for continued energy innovation and highlighted promising technological developments from MIT and elsewhere in solar and nuclear energy, battery storage, and the power grid, among other areas. The seminar explains why fusion, the same nuclear reaction from which the Sun draws its energy, may not be as far off as you think, and why driving an electric car might not reduce your carbon footprint…yet.

Challenges and Opportunities in an Emerging Solar Economy

In this lecture, Dr. Agrawal discussed the challenges related to harvesting solar power and its subsequent conversion and use, and demonstrated the need for an interdisciplinary approach to the development of successful engineering solutions. He provided examples from his research group’s recent efforts in energy and systems analysis, solution processed solar cells, biomass conversion to liquid fuels, and energy storage at GWhr levels. Dr. Agrawal made the case that, if these emerging challenges are properly addressed, our future will be as bright and exciting in the sustainable-solar-powered world as it has been in the fossil-resource-driven world.

The Multiplication of Threats: Climate Change & the Risks to National Security with Stephen Cheney

Interested in watching more videos from our “Climate, Energy, & Environment” Playlist? You can check those out right here. And please make sure to like our videos and subscribe to our channel if you haven’t already.