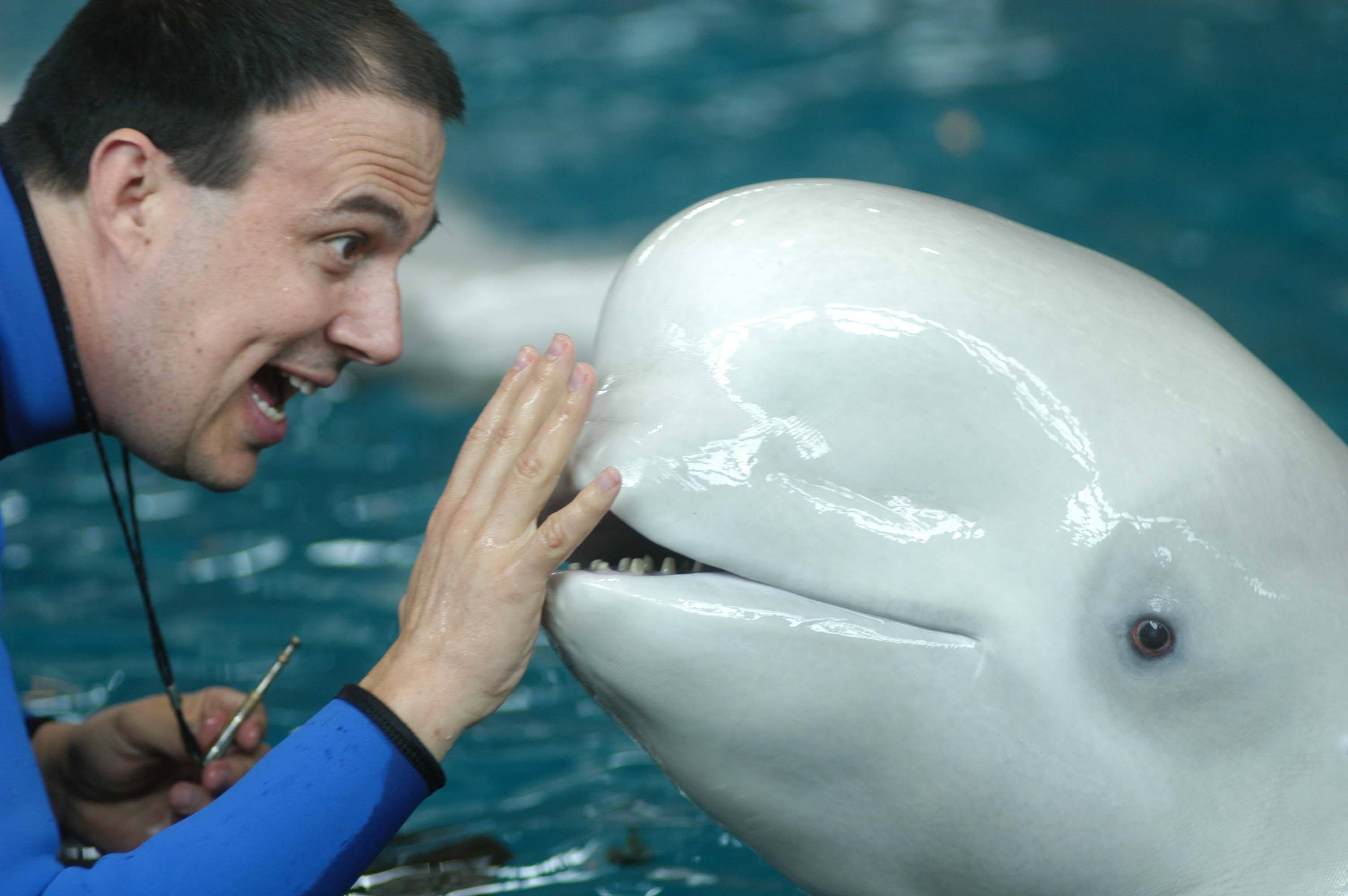 A 30+ year veteran of animal care and training, Ramirez is a biologist and animal behaviorist who served nine years at Marineworld of Texas.  During his time in Texas he became coordinator for the live animal Stranding Network for the 625 miles of Texas Gulf coast – he continues to serve as an advisor to the Stranding Network today.  He also was a trainer and coordinator at Ocean Safari in South Padre Island, Texas, as well as acting as a consultant to many zoo and aquarium programs throughout the world.  He began his training career working with guide dogs for the visually impaired and has maintained a close affiliation to pet training throughout his career.  He hosted two successful seasons of the pet training television series Talk to the Animals that compared pet training to the important work done with training and caring for animals in zoological facilities.  He has also recently worked closely with several search and rescue dog organizations as well as with bomb and narcotic dogs.

Ramirez has been active in several professional organizations, including the International Marine Animal Trainer’s Association (IMATA), of which he is a past president.  Ken has been on the faculty of Karen Pryor’s Clicker Expos since 2004.

Ramirez has written for numerous scientific publications and popular articles and has authored the book ANIMAL TRAINING: Successful Animal Management through Positive Reinforcement, published in 1999. He also teaches a graduate course on animal training at Western Illinois University.