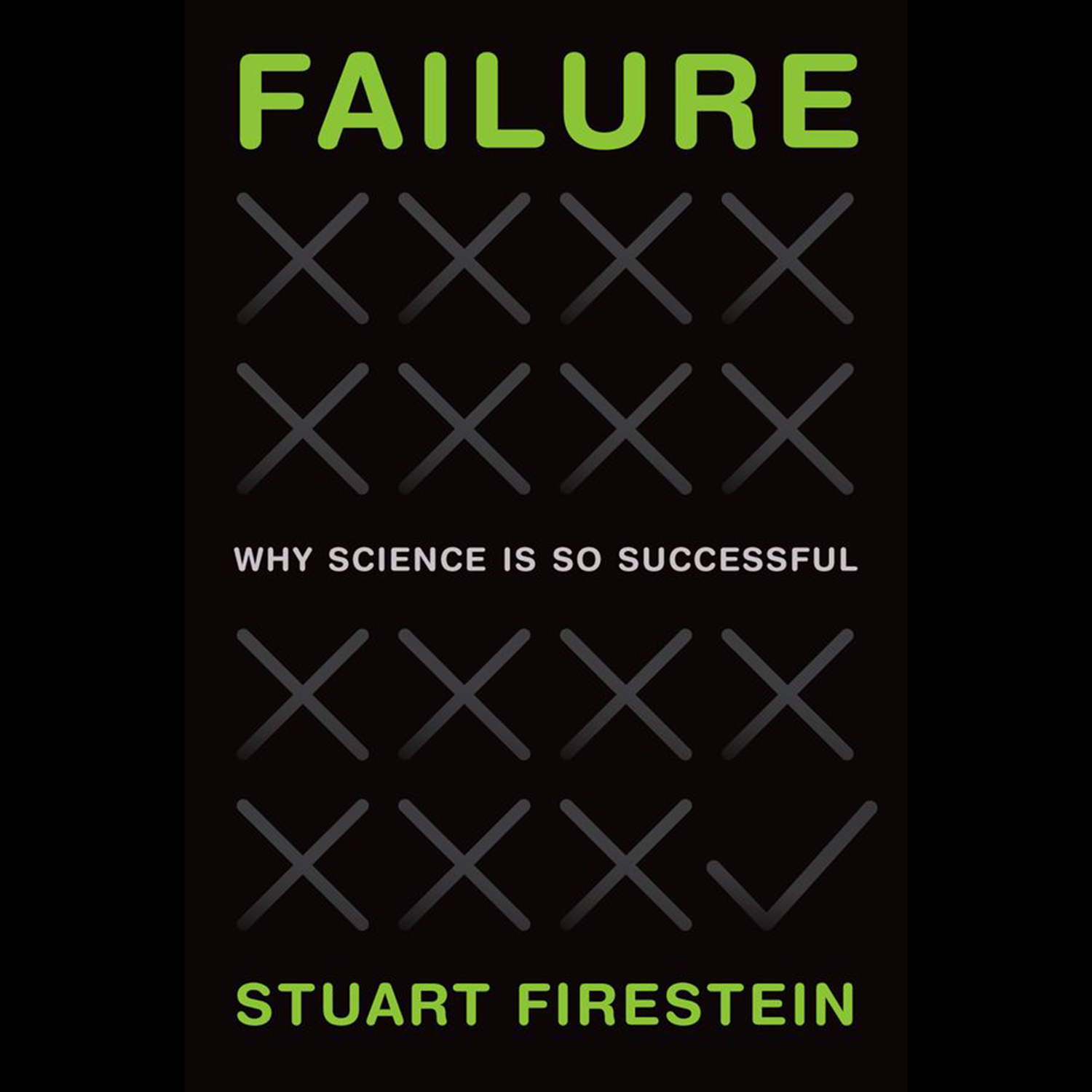 The first day of classes is finally over. Trudging home, you lug a massive book-bag stuffed with your 7.6-pound copy of Principles of Neural Science. Jeez, you think, we must know everything about our brain.

When he thinks of science, failure, ignorance, doubt and uncertainty are the words that pop into his head. Last month, Dr. Firestein, department chair of Biological Science at Columbia University, spoke at the Chicago Tech Academy High School about this “disconnect between the way science is pursued and perceived” in a talk entitled Failure: Why Science is so Successful.

After fifty generations of Bronze Age, science has experienced exponential growth of knowledge and a rapid pace of progress. It’s no wonder, as science is an extremely successful way of understanding the world. However, it is not built on pillars of knowledge and objectivity, as we tend to think.

Firestein argues that “Science is really held up in many ways empowered by ignorance, what we don’t know, failure, what we try and know, and by using doubt and uncertainty at all times in the process.”

But how can this be? Isn’t science based on the scientific method, a careful, step-by-step framework? In fact, this term is misleading.

Science is a creative process, requiring intuition and guesswork. Looking a little deeper at the concepts of ignorance and failure, we realize they aren’t what they seem on the surface. Ignorance is neither stupidity nor callow indifference to fact. As James Clerk Maxwell eloquently said, “thoroughly conscious ignorance is the prelude to every great advance in science.” Really, science, art and much of scholarship is just a search for better ignorance, a better set of questions. In the same vein, failure is positive and not to be avoided. It is when we fail to prove a hypothesis, said Enrico Fermi, that you make a discovery.

Ignorance and failure in science don’t lead to despair, but rather creativity. “We don’t teach ignorance, doubt, uncertainty, failure. Should it be restricted to only the experts? I don’t think so,” says Firestein.

For ignorance is not stupidity, its opportunity; failure is not a question of being wrong, it gives you a kind of reliability; and uncertainty is not unreliability, it’s a kind of confidence.

We are well beyond the days of early science, which was based on hubris and faith, apprehending the creator by better understanding the creation. Today, as Firestein stated,  “we can afford now to be humble, to appreciate the immensity of our remaining ignorance, the depth of our uncertainty and the likelihood of continued failures.”

Julia Turan triturated, pipetted, imaged, and analyzed, during her undergrad years studying neurobiology. Since then, she has shifted into the world of science communications, hoping to promote a language of science legible to all. Julia is currently completing an MSc in Science Communication and Public Engagement at the University of Edinburgh. Follow this link to subscribe to her weekly newsletter of five worthwhile science stories: http://tinyletter.com/juliaturan. Or follow her @JuliaTuran.