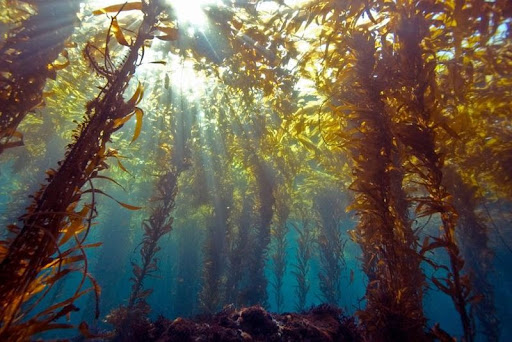 Kelp forests are also some of the most productive ecosystems on the planet, providing important ecosystem services like coastal protection, carbon sequestration, and nutrient cycling. The thick kelp blades can act as cover for nurturing young fish and other aquatic species during heavy storm periods. The forests act as huge carbon sinks, meaning–thanks to the process of photosynthesis–they absorb large amounts of carbon. Additionally, they participate in nutrient cycling for other vital plant processes (e.g. nitrogen cycling). Nutrient cycling is the movement of nutrients either through ecosystems or through organisms. Aside from their environmental advantages, the forests are an important resource for commercial fishery and recreational use within the world’s oceans. They help keep the waters blue and clear through filtration processes and allow a soft seabed with organisms for observation for ocean swimmers and divers.

While these forests are rare in nature, their numbers are declining as a result of warming ocean temperatures. A study conducted between 2014 and 2016 found that kelp forest ecosystems off the coast of California and Mexico in the northeastern Pacific Ocean were ravaged after extreme marine heatwaves. Three years after the study was conducted, researchers went back to the site to observe whether or not the forests recuperated. To their disbelief and dismay, the forest did not. Instead of rich healthy kelp forests, researchers found small kelp beds and barren sandy terrain dominated by sea urchins. Without kelp, there was no shelter or food for the species that used to depend on the forests. 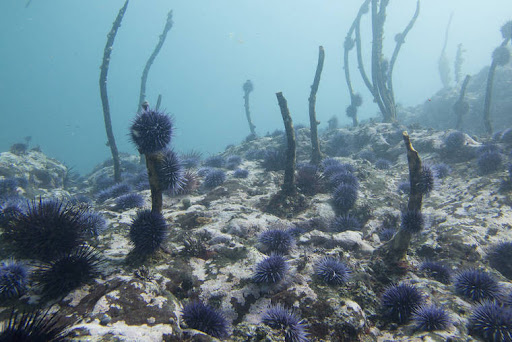 All of the world’s oceans are connected and under threat from global climate change. Over 20 species of kelp and the ecosystems they create are at risk of climate-driven extinction. Urgency in addressing climate change is key — the longer we wait, the greater the potential risk grows.

Improved management of ocean-based initiatives may be a plausible solution in the short term. These initiatives include the development of sea urchin markets, restoration sites that are safe from the changing climate, and more research into strands of genetically modified kelp that are resistant to heat changes. Initiatives like these and continued research into climate mitigation strategies can help save not only kelp, but many other species as well.

4 thoughts on “Kelp Needs our Help: Ocean Warming and the Threat to Ocean Flora”