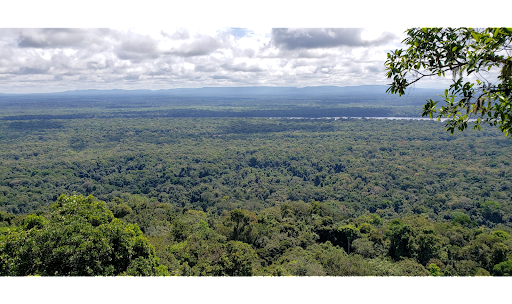 Guyana is a country that is mostly rainforest–87%, to be exact. It is bordered by Venezuela to the west, Suriname to the east, Brazil to the south, and the Atlantic Ocean to the north. Those countries all comprise part of the Guiana Shield, which houses one of the world’s last major frontier forests. Frontier forests are intact, uncompromised swaths of land that are large enough to withstand natural disasters, and healthy enough to support all of the animals and plants that reside there. These characteristics make the forest, and the country as a whole, a biodiversity hotspot worthy of international recognition and protection.

There are a handful of ways to experience the rainforest, and each offers its own unique, beautiful perspective. Flying over Guyana in a small plane that keeps you below the puffiest clouds is an experience akin to dropping into a Sir David Attenborough special. As you look out, you see green everywhere, dotted with fluffy white clouds. It feels like you’re flying over fields of infinite broccoli, but each head is a different color and texture. Pictures–at least the ones that I took–do nothing to capture the vastness of the Amazon.

The plate tectonics underlying the Guiana Shield have left the region rather mountainous, and we are all the luckier for that. You have rolling hills, jagged mountains and vast plateaus all covered in trees. You also have some of the most spectacular waterfalls in the world. Kaieteur, named after an indigenous chieftain who sailed over the side to save his people, is awe-inspiring and humbling.

At 741 feet, Kaieteur is the largest single-drop waterfall in the world–four times taller than Niagara falls. When you’re there, you feel that size. The mist rising from the falls can cause whiteouts that rival any snowstorm. Kaieteur lies at the center of a national park so it is protected from any resource harvesting. The geology that produced the falls, and the unique climate that exists because of it, make Kaieteur a hotbed of endemic species. None, perhaps, as recognizable as the Giant tank bromeliad which can grow to more than 20 feet tall, or as charismatic as the Golden rocket frog. 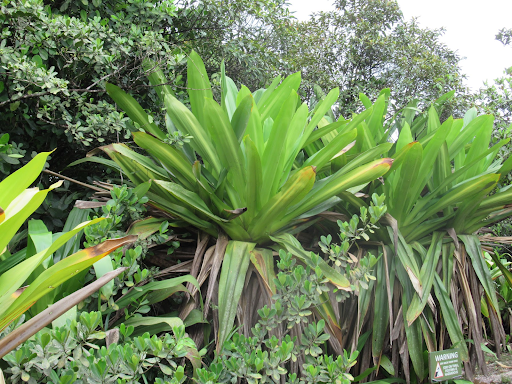 The interior of Guyana is remote. The main road running through the country isn’t really a road. It is a loosely packed and flattened bed of mud and clay maintained by a novel system of “borrow pits.” Borrow pits are large piles of mud strewn to the side of the road used to replace what washes away during storms. A 30 kilometer (~18.6 mile) trip took more than three hours by Bedford truck. The lack of infrastructure, while painful for your rear, helps keep the roads sparse and the rainforest intact.

Overlooking the rainforest is one thing, but finding yourself in it is another thing entirely. The complexity of the undergrowth rivals that of our own brains’ neural networks. You have tall Mora trees rising through the canopy, and walking palms slowly, methodically carving their way through the forest while chasing the sun. Younger plants and ferns are vying fiercely for every available ray of sunlight.  Vines are everywhere, seriously, everywhere. Pictures don’t turn out because all you see is a tangle of greenery so thick that it all blends together. You quickly realize what an ancient place an unspoiled rainforest is. Not just decades, but centuries of plants growing over, around and through each other, competing for resources and sunlight at a breakneck (at least for plants) pace. 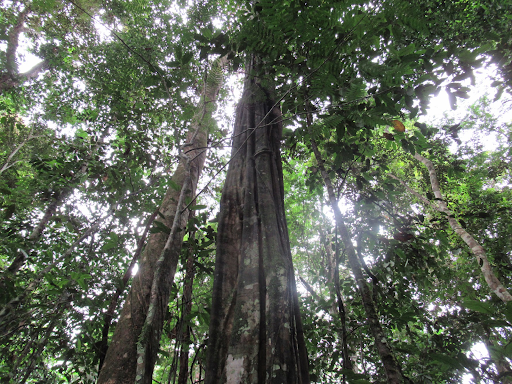 Walking through the forest, you hear everything but see very little. Toucans, macaws and howler monkeys cooing, screeching and rumbling in the distance. While you don’t see animals, what you do see is evidence of them. Jaguar paw prints, agouti claw marks and tapir toe tracks litter the forest floor and jungle paths. They’re close by, stealthily waiting and listening for the noisiest species on the planet–that’s us–to leave them in peace. You see ants of all kinds with bites that range in levels of pain from ticklish to vomit-inducing. You see Blue morpho butterflies as they flap their iridescent wings. Spiders and fungi are numerous and diverse, coming in all shapes, sizes and colors. Snails in the rainforest can be the size of your hand. In the rainy season, puddles are remarkable case studies in opportunity. Frog eggs and newly hatched tadpoles are plentiful, and spiders that glide gracefully at the water’s surface wait patiently to gobble them up. The longer-lasting ponds may have fish or eels just waiting for a heavy rain to bring them once again back to the river. Leave no fallen log or mysterious puddle unobserved, as each presents an opportunity for discovery. 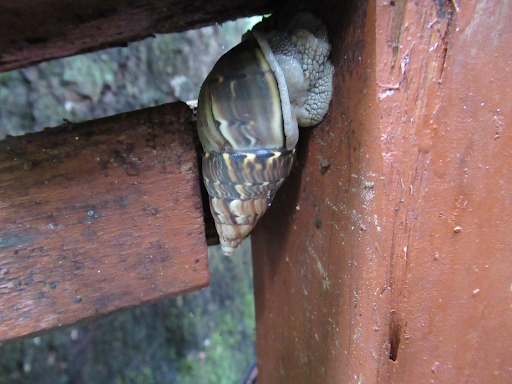 There’s nothing quite like being surrounded by the rainforest. It’s entirely foreign and ever-changing, yet the closeness makes it feel comfortable and cozy–though, that could be the tropical temperatures and utter lack of a breeze… Walk the same trail and you’re bound to find something new every single time. Being in a rainforest is an emotion or feeling that I can try to write about, but really it’s really something best left to your own experience.

Thanks for tuning into Guyana Pt. 1! Pt. 2 coming soon…