Jonathan Pereira is the executive director of Plant Chicago, a nonprofit helping to cultivate local circular economies. The organization connects people from all across the food chain to help reduce waste and make sure as much of our waste is being reused as possible. Jonathan obtained a BS in Geology and an MEd in Science Education. He continues to work with local businesses to try and get as many individuals involved and educated about circular economies. I was able to learn more about him and his role in the following interview. 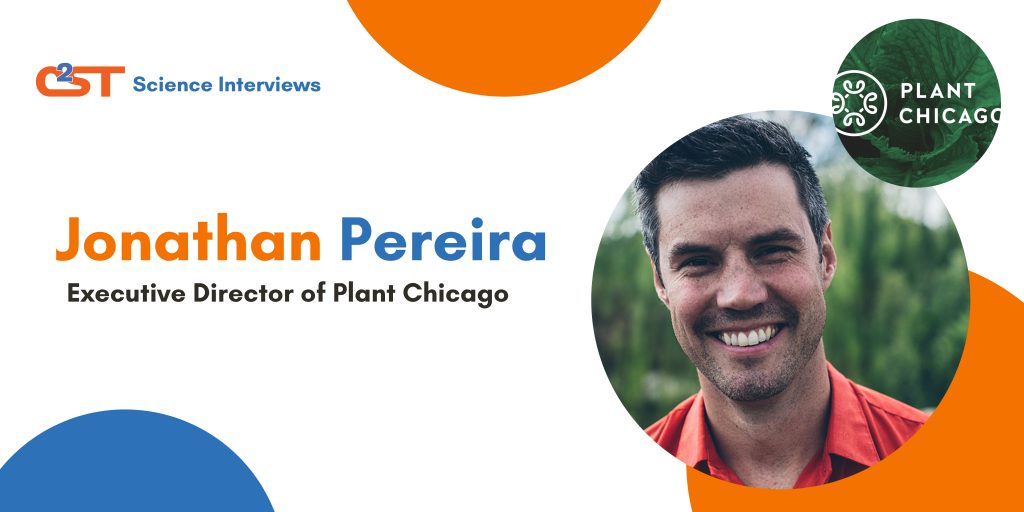 Rowan: How did you initially get involved with Plant Chicago?

Jonathan: “I’m from Chicago, and I lived in New York for a while. And I had recently moved back from New York into Chicago and somehow discovered Plant Chicago and volunteered a few days with the organization. I think I tried to get involved, [but] it was a very early stage of the organization. It was a little difficult to figure out how to be involved in a more substantive way. Then in 2015, saw the announcement for an executive director for Plant Chicago. And I thought well, that’s a very clear way to get involved. It seems oddly, a good fit for my varied background.

Was any of that involvement rooted in your interest in geology?

“I do think that [a benefit to my] geology perspective on environmental work, is that we geologists think over very long periods of time. Thinking about the things like the pace of climate change is even more particularly alarming to people with that kind of geological framework. Because geology is so focused on materials, so many geologists are dealing with mining and extracting resources from the earth. It’s very clear that there’s only a finite amount. We can keep looking for oil. We can disagree about how much oil there is, or how much phosphate rock or helium is embedded in the earth, but we know it’s going to run out. You can’t just use it up and assume that there’s an infinite amount of resources to extract. So from that perspective, I think geology is there all the time. to the next. There isn’t always going to be a “next place” to get resources from.

“At its core, a circular economy is attacking [that] problem, the fact that we live in a world of finite resources, but are operating as if there’s infinite resources to consume. Just like geology, it can be kind of overwhelming. Our mission is to cultivate local circular economies. How do you keep materials out of a landfill? Not just out of the landfill, but either contributing back into economic systems or being returned to the earth in a safe and regenerative way. Our food system, in theory, should be a paradigm of a circular economic system. You extract resources from the earth and return them. Either having been processed through a person and our body. Then [it goes through] a series of decomposers, composting, or a combination of both. 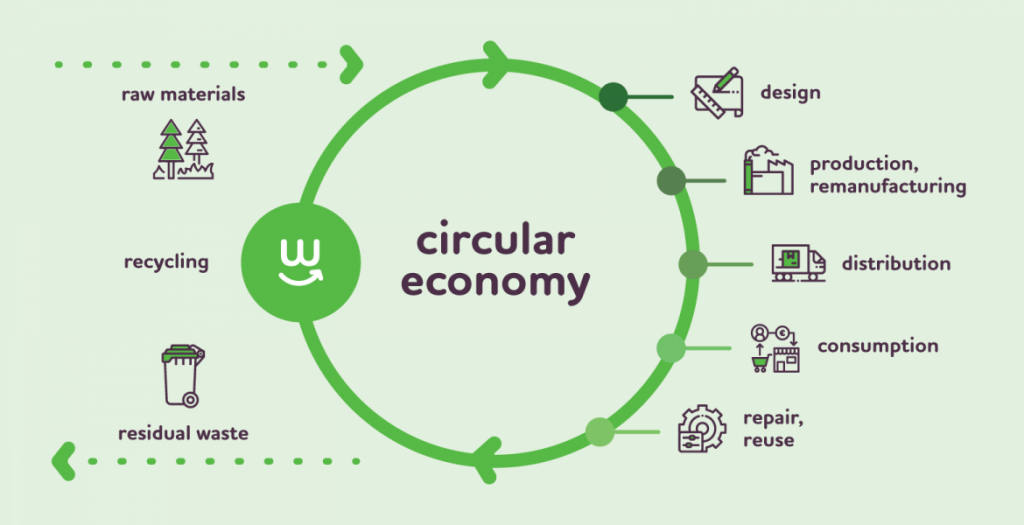 “In reality, the human species is very good at extracting resources from the earth in very efficient ways. Whether it’s metal or maximizing the amount of corn we grow per square acre. We’re not good about making sure that it’s used efficiently. Close to 40% of food that’s grown for human consumption is being wasted. But in a circular economy, you are like an idealized circular system; a landfill doesn’t exist, or at least the idea of a landfill. It operates differently, you would have a processing center or a materials Recovery Facility, that is ensuring that those materials, get back into our economic system or can be returned and help regenerate soils [and] natural systems.

“We can get lost often in sustainability, talking about just like the environment and how we need to protect it. Which is really important. But there is a powerful and false narrative that like somehow, like sustainability, environmentalism is anti-economy. It’s not, it’s a different type of economy. We’re looking for one that’s regenerating. When you talk about circular economies, I think it appeals to both people who may be very focused on environmental issues and then people who are less focused on altruism and the economy. [For example], thinking about economic opportunity. Everybody can relate to that.

Why did you decide to pursue an MEd in science education?

“[Prior to Plant Chicago] I had been doing [science education] for a long time. To be honest, I actually started a program and a different interdisciplinary program in New York and moved back to Chicago for family reasons. There was no equivalent program in Chicago but found something of interest to continue at the University of Illinois. I think pursuing a master’s degree when you’re a little bit older is actually great. It’s certainly challenging, but I think they’re just the clarity that comes when you know what’s interesting and what’s going to help you.

What role do you think education plays in Plant Chicago’s goal to “cultivate local circular economies”?

“Education is the foundation of systems change. There not will be change if people are not aware and educated. We often talk about, ‘oh, let’s focus on children. That’s necessary because they help educate their adults and enforce things sometimes. Hold them to standards. But, if we’re going to have any kind of systems change, we need to be educating people, not just as a one-way transaction. Education should very much be a two-way street. [Plant Chicago] sees ourselves more as a conduit and a facilitator of education. There’s certainly a lot of knowledge within our organization. But compared to the rest of the city, certainly our neighborhood like there’s a lot of gaps. So, study the earth. Read some texts about geology. Mineralogy is not the easiest place to start. So start with something else. sedimentology, physical geology, plate tectonics. There’s a lot of great wealth of knowledge out there.”

Plant Chicago is constantly hosting a variety of events for people of all ages to get involved and learn more about circular economies in Chicago. Check out their events page for registration details!