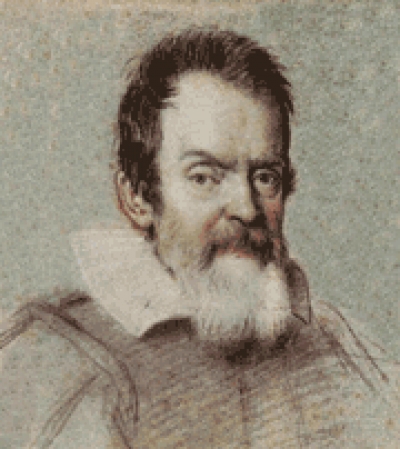 Charles Darwin was born on February 12, 1809.  Galileo Galilei was also born in February (February 15, 1564).  Whether or not you like the over-simplification of tagging Galileo as the “father of the scientific method,” you still might appreciate the view that Darwin is the intellectual godson of Galileo.  Both Darwin and Galileo upset deeply held established views on the nature of, well, nature!  Both suffered as a result…but, importantly, to differing degrees.

I’ve often wondered about the Sea of Galilee and its connection to its eponymous philosopher/scientist Galileo Galilei. What a delicious irony that the surname Galilei (from Galilee) was selected for its biblical reference and that the man himself suffered under religious authorities.  We attribute to Galileo the principle that, in a vacuum, all objects fall at the same rate.  An idea that Galileo tested but not necessarily at the famed leaning tower.  Galileo also found that the period of a pendulum is the same regardless of the amplitude of the pendulum’s arc and that the period is independent of the weight of the bob.  He also discovered the moons of Jupiter…and more…too much to note here.

But what got Galileo in trouble was his belief in the Copernican theory of celestial bodies.  Galileo wrote about the Copernican view (the earth revolves around the sun) in 1632.  Galileo’s work was sent to the Inquisition for censorship and the Inquisition found Galileo “suspect of heresy.”  And even though Galileo was forced to recant, he spent the rest of his life under house arrest.

Here is what I believe to be fundamentally important about Galileo’s trouble.  While Galileo was punished at the hands of churchmen, you have to stretch to find anything biblical that Galileo contradicts.  The closest you get is Joshua 10:13 “O sun, stand still at Gibeon, And O moon in the valley of Aijalon.”  I guess if the sun “stood still” for Joshua, it had to be moving the rest of the time.  If the sun is moving, then it must be the sun that goes around the earth and not the other way round.

No, the real crime was standing up to orthodoxy…standing up to power.  The tension and dynamic are on display in Bertolt Brecht’s Life of Galileo (there’s a film version available streaming on Netflix).

Darwin’s persecution was quite different…perhaps it was self-imposed. Darwin delayed publication of his theory of evolution out of fear of persecution, but he did later write that he did not emphasize that evolution also applied to man because “I should thus only add to the prejudices against my views.” The delay had its costs…the theory known to others was almost ascribed to others.

Which takes us just a short step away from today.  As recently as 2014, a Gallup poll found that 42% of Americans believe that “God created humans in present form.”  [Gallup.com June 2, 2014].  Incidentally, Pope Francis has a somewhat different view, but that’s not a topic for this blog, although that does demonstrate that truth possibly “will out.”

And finally to today.  Can we make any arguments based on critical thinking and fact-based reasoning while political positions holds such sway?  Dare we speak truth when powerful forces have powerful reasons to still our voices?  Can we talk about climate change?  Can social scientists have rein to publish about racism?  Can economists write freely about tariffs and taxation?

Bottom line:  Galileo and Darwin certainly did make the arguments they believed in.  Galileo shows that four centuries ago that one could not publish unpopular facts.  Darwin shows that now we can, but we have much work to do.

Sanford (Sandy) Morganstein has a MS in Astrophysics from the University of Chicago and a BS in Physics from MIT.  As an undergraduate, he was inducted into Sigma Xi, an international honorary community of scientists and engineers.  Mr. Morganstein has served in both the private and public sectors.  He has been awarded more than 35 patents including pioneering patents related to voice mail and similar voice telecommunications technology.
Sandy is a volunteer at the Adler Planetarium and at C2ST.