Does size matter? In a sense, the answer is yes.

Domestication is an age-old process in which wild plants and animals are adapted for human use. We raise domestic animals (e.g, horses, cattle, sheep, pigs, dogs, and cats) for food, work, clothing, and companionship. Over time, domesticated animals exhibit a number of behavioral, physiological, and morphological traits¹ that differ from their wild counterparts. This is referred to as the “domestication syndrome” and this process is what led to our cute and cuddly pets today! Animals become friendlier, have smaller jaws and teeth, and even have smaller brains. 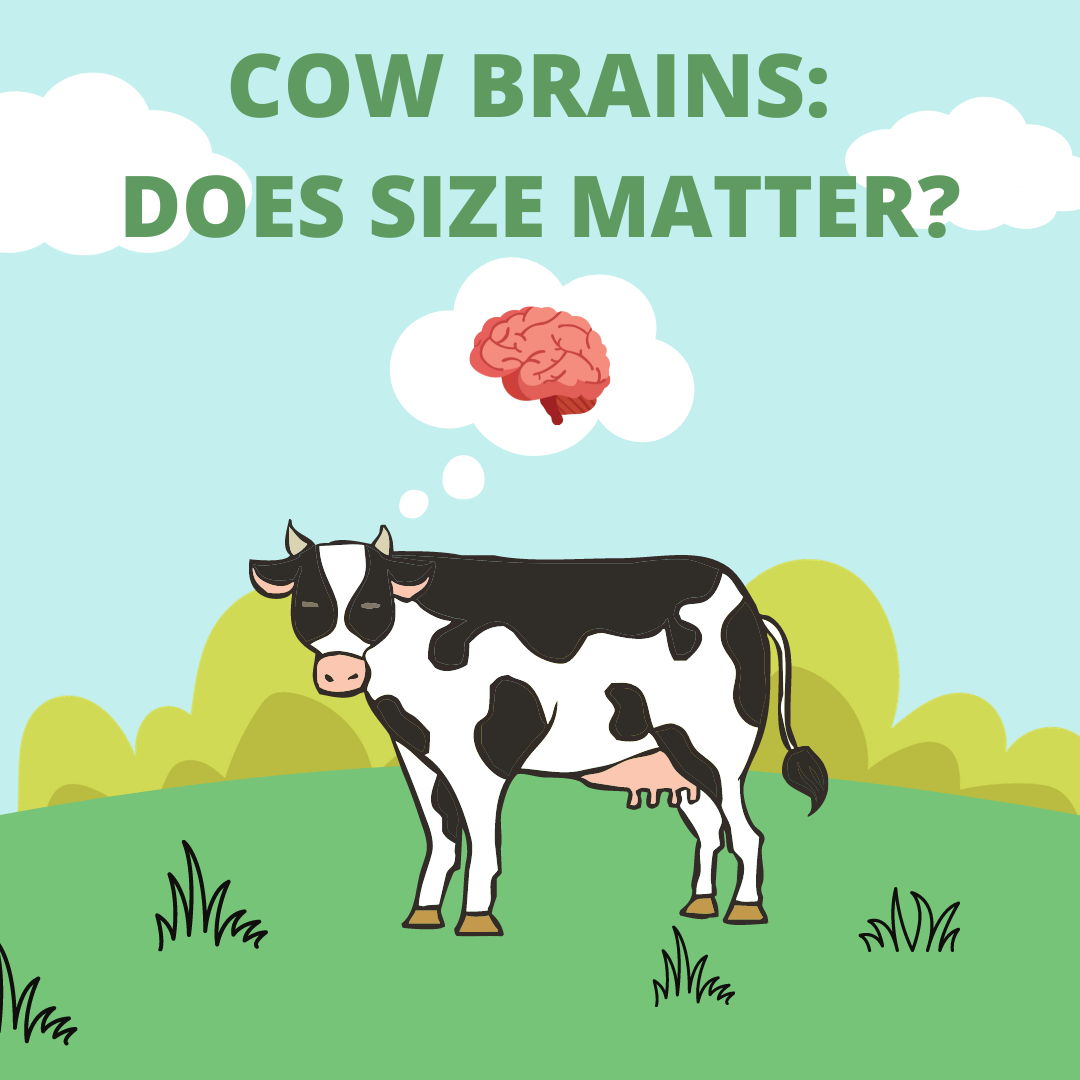 Although domesticated animals generally tend to have smaller brains than their wild counterparts, this doesn’t necessarily mean that these animals are less intelligent. This selective process has changed and shaped² how these animals interact with humans. For instance, the amygdala, the brain’s fear center (e.g., think fight-or-flight response), is smaller and reduces aggressive, reactionary behavior. Meanwhile, their prefrontal cortex is larger, which can temper responses to negative experiences. This suggests that domestic animals are simply less afraid of humans.

However, this phenomenon has not been previously identified in cattle because their wild ancestor (the aurochs) have been extinct for 400 years. Paleontologist Ana Balcarcel³ and her colleagues from the University of Zurich set out to find out whether this phenomenon holds true for cattle. To do this, they used an imaging technique called computerized tomography (CT) scans to create detailed images of different skulls. They scanned 13 auroch skulls and compared them to scans from 317 cows and bull skulls (all of these came from museum collections). These scans help researchers estimate average brain size. Compared to their wild ancestors, domestic cattle had brains that were about 25% smaller. Even among different breeds of cattle, there was a difference in brain size! A driving factor of this is due to the amount of human contact the cattle receive. Bullfighting breeds are bred for aggression and have little human contact. They had brains closest in size to that of wild aurochs. In comparison, dairy cows had the smallest brains of all. These cows are bred for their milk yield and gentleness. They also have the most interaction with humans. So, the tamer the cow, the smaller the brain!