Scientists are attacking the SARS-Cov-2 coronavirus, which causes Covid-19, from two different angles. One approach is to develop a vaccine to prevent infection. The other approach is to find a cure for people already infected. 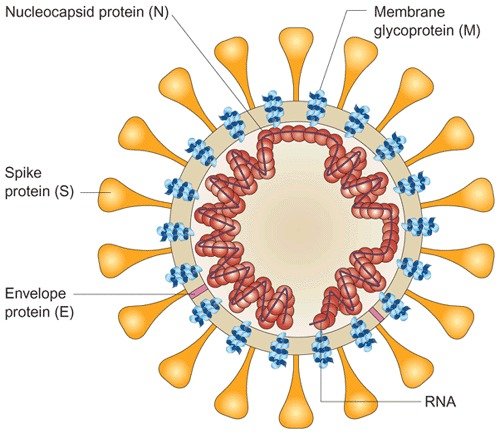 The spike protein consists of approximately 24,000 atoms. The types of atoms are carbon, oxygen, nitrogen and sulfur. Two pictures (from different angles) of the elaborately shaped spike protein are shown below. 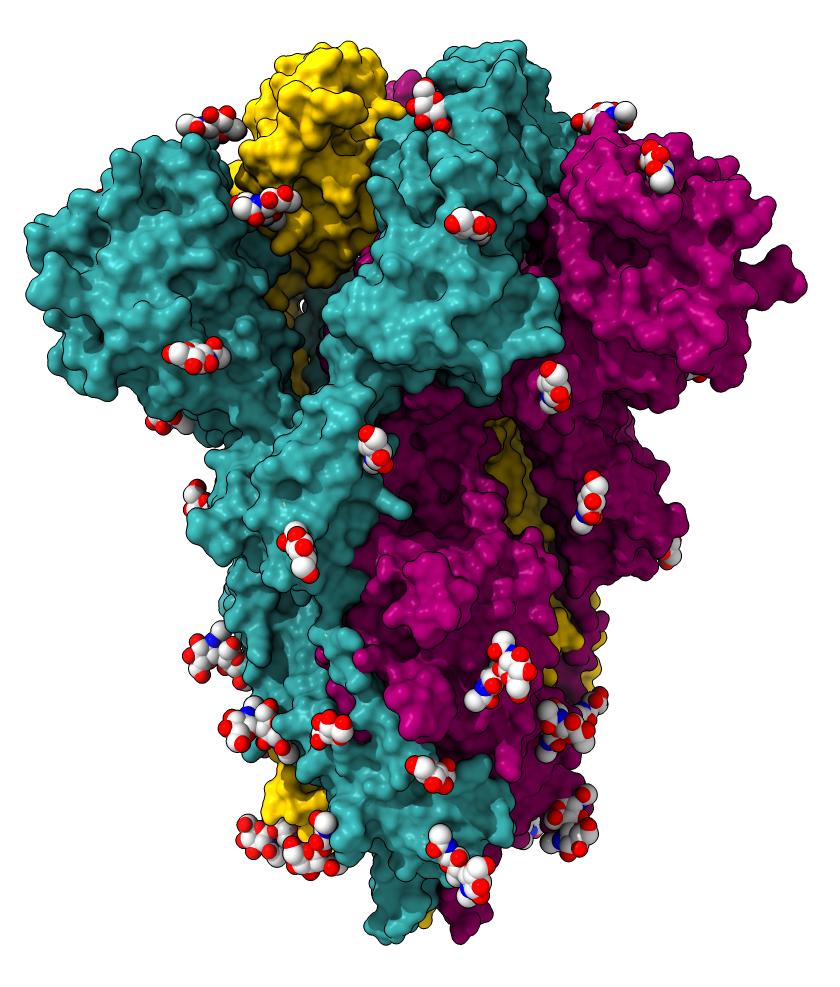 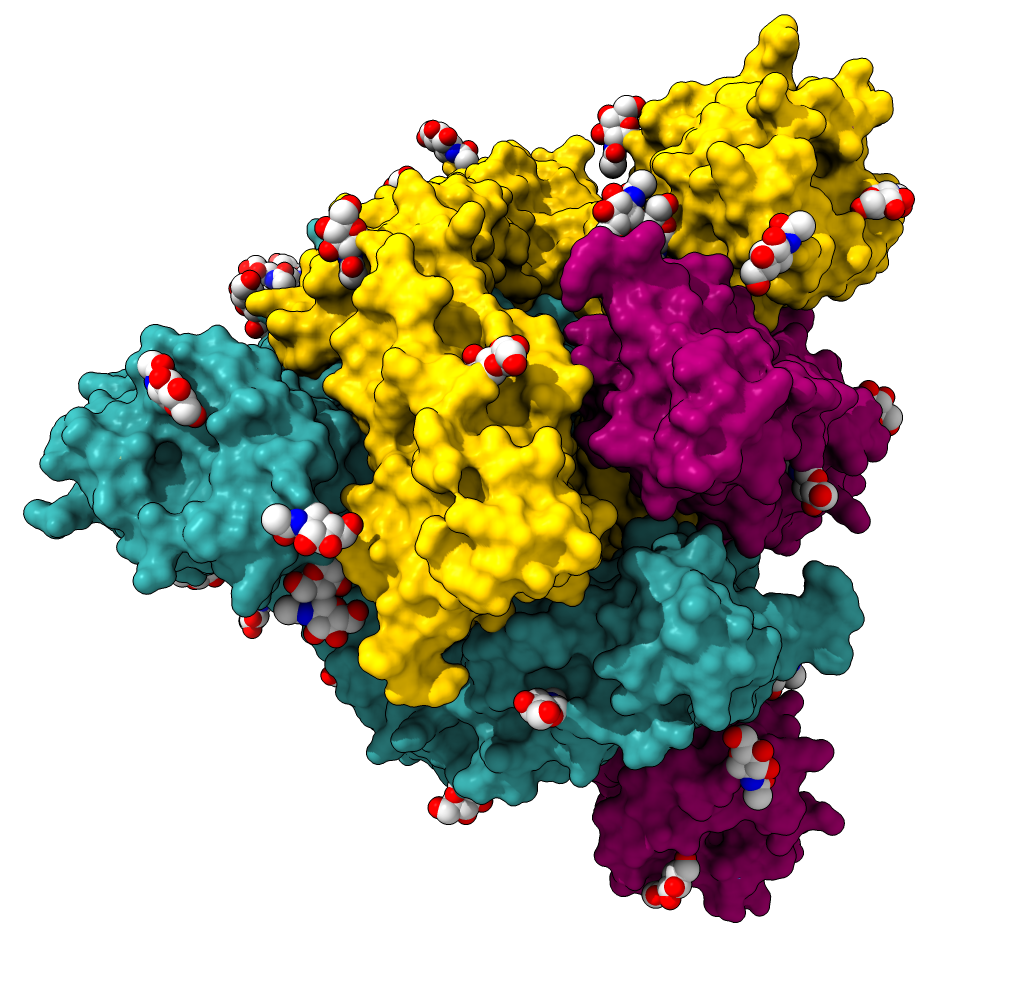 Many types of human cells, including cells that line the lungs, have receptors on the outside of the cell membrane. Normally these receptors are part of a system that regulates the functioning of a healthy cell. However, the virus has evolved to have a spike protein that “fits” specific type of receptors known as the ACE2 receptor.

The spike protein not only attaches to a cell. It also is the entry channel for the virus to inject other proteins and genomic RNA into a cell to take over the cell’s biosynthetic machinery. The virus then uses the cell’s components to make more copies of the virus. Once the individual components of the virus are produced, they assemble into mature viral particles that bud off the cell and infect other cells, often destroying the parent cell during the process.

There are many thousands of small molecules that have been used safely in medicines for other diseases. Argonne, and other researchers, are sifting through these substances to see if any will “fit” with the spike protein and prevent it from fitting into the ACE2 receptor.

Argonne has two very important tools that are being used to do this research. First, the Advanced Photon Source (“APS”) is a powerful x-ray machine that can create images of the spike protein and the ACE2 receptor at the atomic level to determine how the virus invades the cell. The APS can also create images of the small molecules that might be used to interfere with the spike protein’s function so that scientists can have a better idea of whether the shape and chemical composition of the small molecule will bind with the spike protein and prevent it from fusing with the ACE2 receptor.

Second, Argonne has one of the world’s most powerful computers. Scientists can create computer models that simulate the chemical reactions that will occur between the small molecules and the spike protein and ACE2 receptors. These simulations allow the scientists to sift through the existing molecules and narrow the candidates that will be physically tested, thereby saving enormous amounts of time and money and increasing the likelihood of finding, or developing, a small molecule that works.

Additional information concerning Argonne’s work in finding a cure for Covid-19 and addressing other aspects of the pandemic can be found here.  https://www.anl.gov/article/argonnes-researchers-and-facilities-playing-a-key-role-in-the-fight-against-covid19

It is remarkable that scientists have figured out how to “see” the elaborate structure of the virus’ protein molecules with x-ray vision and through computer simulations run virtual experiments on millions of chemical permutations in a matter of months rather than decades.  We know the enemy. We have a plan for defeating it. Thousands of very smart people are working together all over the world to find a way to prevent the Covid key from unlocking the human cell. Brilliant, hard-working humans versus a strip of genetic material wrapped in protein. There is reason to be optimistic.