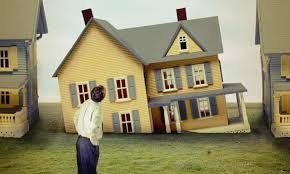 After the tragic collapse of a 12-story beachfront condominium in Surfside, Florida earlier this year, structural engineers and scientists have pointed out several potential reasons as to why this incident occurred. Some experts are pointing to land subsidence (gradual sinking of the land) and the overwhelming reality of climate change. The disaster in Florida, (likely one of the most recent and observable interactions between structures and climate), will most likely not be the last as our planet continues to break all the wrong records.

To expand on this topic, subsidence is the downward sinking and settling of land into the ground’s surface, which poses a great threat to our architecture and future structures. NASA states that subsidence “leads to higher relative sea-level and increased flood risk” (in coastal areas).Subsidence is sure to become a growing concern for many homeowners, landlords, and business owners, especially as the earth heats up. Unfortunately, the pancake collapse of the Surfside building actually had many signs of land subsidence from 1993-1999  (even detected movement and some cracks on the surface).

As sea levels continue to rise annually, the survival of old buildings like the Champlain Tower South Condominium (built 1981), are being investigated across the nation. The constant rise of sea levels is a direct effect of global warming. The heat from the planet is increasing water levels, causing glaciers and sheets to melt rapidly, a slower Gulf stream, and warmer bodies of water. All of these factors of global warming not only hinders the survival of buildings, but also prevents the survival of aquatic animals and underwater plants. Other causes of land subsidence include fracking, the removal of water and oil substances, and mining; which also contribute to global warming.

As environmental scientists look at this catastrophe, they are placing their research into databases and other resources that carefully observe and record the risks of sea-level rise. This data is given to the general public and broken down into lamest terms so each population can know how personal this environmental concern is. The Urban Land Institute has compiled a list of buildings that have found ways to combat the rising sea levels, without making a significant cost to the planet. These highlighted structures on the coasts of the United States, demonstrate that eco-friendly infrastructure can be built and can be reliable. Structural engineers can look to this website to see how to build where water causes little to no damage to life on land. Risk Finder: Surging Seas created by Climate Central, identifies sea levels in each state. The data comes directly from prominent environmental programs such as  NOAA, FEMA, and the EPA. Civilians can look to this website for safety awareness, especially if they live by water. Visualizing  global warming, allows us to see the potential of subsidence and other land damages in the future. Climate change is not a century away, it is here and becoming more apparent each day.  There is evidence that the climate emergency will only further ruin the stability and safety of our homes due to this constant sinking. It is in our best interest to acknowledge this crisis with the resources and information at hand, so an incident like this never happens again.

2 thoughts on “Are We Sinking?”