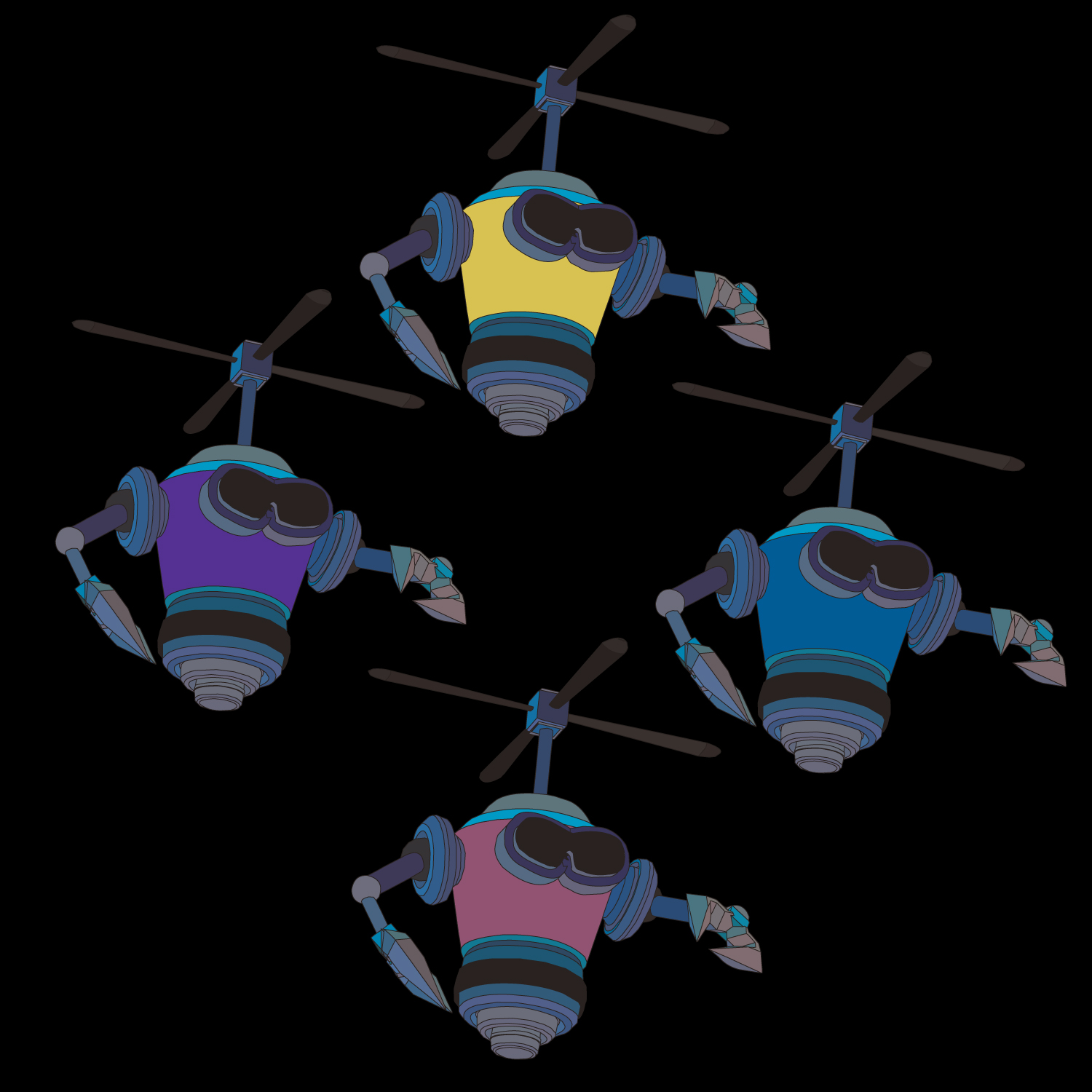 This article is by Scott Michael Slone, C2ST’s resident intern.

Robots are coming in from everywhere! By land, by sea, by air! Speaking of air, dozens of tiny robots known as quadrotors are making themselves visible! A quadrotor is a small flying robot that uses four propellers pointed upwards to fly. On their own they’re quite the acrobatic little fellas, and are capable of navigating themselves easily around their environment. The first video of this collection focuses on the swarm capabilities of the quadrotors being made at University of Pennsylvania.

Cute huh? Or at least I think they’re cute. Besides, the idea of a quadrotor isn’t just a toy or example of nifty hardware, they have some very practical purposes. As will be seen in the next video, quadrotors, or multicopters as they are sometimes called, can be used to carry and lift objects and materials. Here it is only foam bricks being stacked into a tower, but the idea of constructing skyscrapers using flying robots seems both the stuff of science fiction and the stuff of possibility.

The last video is certainly the most entertaining. The quadrotors from the first video are back in full, showing the precision and care these flying machines have. These 16 robots dance to and create music at an event for the Saatchi & Saatchi Agency. As you watch the video, think about what other uses these strange robots might be used for. They’re becoming more commonplace by the minute.