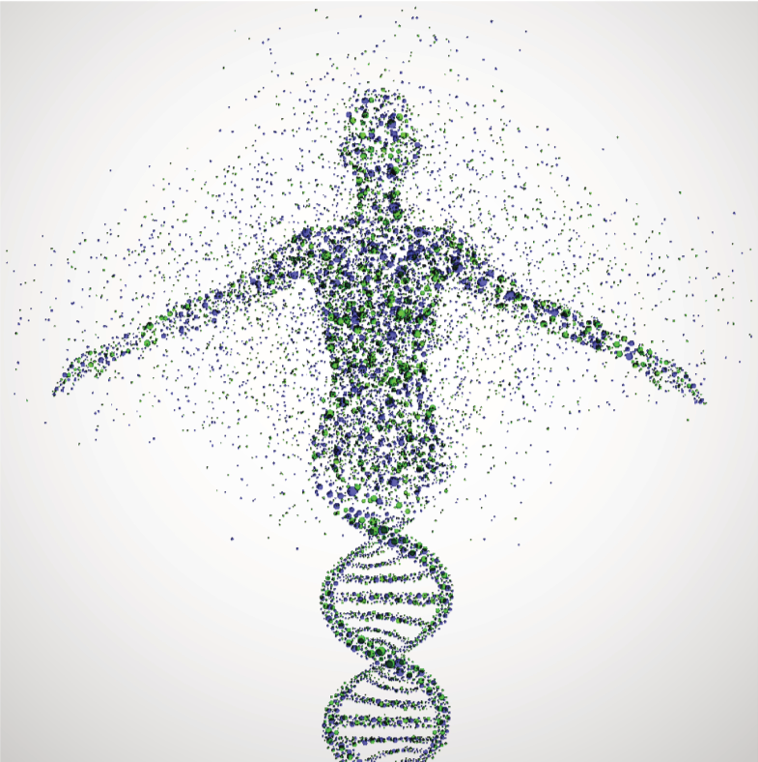 Microorganisms hiding in your toilet water could lead to a revolution in medical diagnosis and treatment, scientists say.

University of Chicago microbiologists Jack Gilbert and Savas Tay, co-founders of the medical startup BiomeSense, have developed a tool to gain medical insight from powerful bacteria in the gut.

Nine months after creating the company, Gilbert, Tay and their development team have made the concept of a microbiome measurement device a reality.

“We monitor your poop in a way that’s relevant to clinical trials,” Gilbert said. “We are finding out the next strategies for making people healthy.”

The device attaches to the toilet, is about the size of a shoebox and includes a microfluidic chip. However, most of the device is hidden, Tay said, and the only visible interface is a button or two.

The chip sensor will analyze the toilet water for microbial DNA, and the resulting data will illustrate what kinds of microbes are present along with their abundances and functions – all clues to illness, health and the success or failure of treatment. The device will transfer information to a data center — no physical material is involved — and physicians and researchers will access it using an app.

The intense development process began in May, when BiomeSense received a $250,000 startup grant after winning a University of Chicago Innovation Fund competition. Graduate research assistants Faruk Toy and Dylan Nichols are responsible for day-to-day prototype iterations, while Gilbert and Tay maintain oversight.

Microbiome composition has implications for our most basic physiological tasks, among them brain activity, hormone balance and immune system functions, Gilbert said. But it also plays a role in more complicated diseases, such as diabetes, Alzheimer’s and cancer.

“It’s universally applicable,” Gilbert said. “In any disease state, we think that the microbiome can play a role.

Despite its purported versatility, the microbiome is not widely used in clinical studies to advance diagnosis. Only in rare cases do people go to the doctor and receive recommendations or treatment based on their microbiomes, Gilbert said.

Researchers encountered a similar situation just a few decades ago, when applying knowledge about the human genome to medicine was a novel idea, one that now is central to treatment and research, said Kevin Honaker, BiomeSense CEO and recent University of Chicago Booth School of Business graduate.

The same could be true for the microbiome, but researchers face a unique complication. The microbiome, unlike genetic material, is highly variable.

“If you’ve got bad genes, too bad,” Honaker said. “For the microbiome, that’s absolutely not true.”

The microbiome modulates whenever a person eats, takes a drug or changes locations, Tay said. As a result, a microbiome measurement taken one day doesn’t always represent its composition the next.

But variability is merely disguised as a downfall. In fact, that quality is the attribute researchers think will reinvent medical treatment.

Bacterial biomarkers, which are measurable indicators of disease states, are present in the microbiome. Research investigators hope to identify and track these biomarkers as they shift in the gut. This would allow people to receive personalized treatment based on the specific aggressive molecules associated with a disease.

“If we see something that’s associated with disease, we might be able to change it so that disease risk is reduced,” Gilbert said.

Gilbert first became interested in microbiology at age 21. He mastered the field to accept a year and a half-long research assignment in Antarctica, and he is interested in how changes in bacterial populations affect human wellness. In the past, he was “highly involved” in deriving microbial data from poop samples, he said.

But his collection process was challenging. “Poop is icky, no one wants to see or physically interact with their poop, if they can avoid it,” Gilbert said. “I have to send them special kits, which they then use to collect their poop, then they send it back in the mail or in dry ice packs by FedEx. It costs a lot of money to do that each time.”

As Gilbert began understanding the microbiome’s dynamic state, he realized he needed more samples more often. For most study participants, he was asking too much.

“We really selected for only the most super dedicated — one might say crazy — people who loved sampling their poop and were really engaged in the science,” Gilbert said, laughing.

But Gilbert knew of one plentiful and easy-to-tap source of samples. He wanted to obtain samples directly from toilet water, but he didn’t know how.

So he approached Tay, who works in a field called microfluidics — meaning he deals with fluid manipulation at the sub-millimeter scale as a way to measure individual cells. Tay’s response to the dilemma was surprising, he said.

With Tay on board, Gilbert engaged the University of Chicago Polsky Center for Entrepreneurship and Innovation in the project, which led to his partnership with Honaker, who manages the business logistics.

“I realized it was an obvious commercial interest,” Gilbert said. “Kevin was crazy enough to come into this poop scheme.”

Like a fitness watch, the toilet monitor is conducive to time-series data, giving researchers almost unlimited flexibility. It will distinguish between users and potentially could collect data relevant to diagnostics for multiple people in the same household. The sensor is suitable for any length of research trial, Honaker said.

Honaker said he expects the device to be ready for testing in clinical trials in approximately a year, and available on the market in two. But as with many scientific research projects, setting a definitive timeline is almost impossible.

However, compared to academia, infamous for moving at a snail’s pace, the development process is lightning fast, he added.

Prototype advancement is a continuous circle of brainstorming, engineering and troubleshooting, he added.

“As you do that cycle over and over and over again, you kind of take a step back, and you’re shocked,” Honaker said. “You look a couple weeks later, and so much farther than it was when you started.”

No other research group in the world has attempted an engineering feat similar to this one. Otherwise, Gilbert said, he would have joined it instead of creating his own company. But Gilbert and Tay draw motivation mostly from their simple, lifelong desires to find out “why things work the way they do,” Gilbert said.

“I am just having a lot of fun with a lot of brilliant people,” Gilbert said. “And I am always amazed someone wants to pay me to have this much fun.”

BiomeSense is a project driven by passion: Without microbiome data, Gilbert said, medical researchers will struggle to develop the next major transformative technologies.

“There is no other way to do it,” Gilbert said. “With this kind of data, we’re going to rapidly accelerate the introduction of the microbiome into clinical practice. It’s going to be remarkably disruptive.”