Cosmologist Rocky Kolb is a professor of astronomy and astrophysics at the University of Chicago, and former director of the particle astrophysics center at Fermi National Accelerator Laboratory. Though he has joked that the quickest way to a peaceful plane ride is to let a seatmate know what he does for a living, Dr. Kolb likes to bring understanding of science and the Cosmos to the public through outreach and education.

END_OF_DOCUMENT_TOKEN_TO_BE_REPLACED

CHICAGO— The Chicago Council on Science and Technology is pleased to present the 2nd annual Science in the Second City at the Adler Planetarium and Astrology Museum, 1300 S. Lakeshore Dr., on Thursday, June 14, 2012, from 6:30 to 10:00 p.m.

END_OF_DOCUMENT_TOKEN_TO_BE_REPLACED

CHICAGO (May 11-12, 2012) – More than 200 women working in science, engineering and other fields will gather to inspire young women to pursue careers in science at the Women in Science Symposium 2012.

END_OF_DOCUMENT_TOKEN_TO_BE_REPLACED

Chicago Council on Science and Technology presents CERN: What’s it all about?

CHICAGO, Illinois (April 13, 2012) — For over forty years, scientists have been on the hunt for the elusive, theoretical Higgs boson. Scientists at CERN in Switzerland and at Chicago’s Fermilab think they may have at last found evidence of the Higgs.

END_OF_DOCUMENT_TOKEN_TO_BE_REPLACED 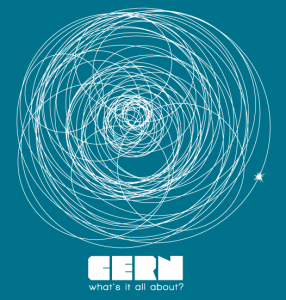 Some scientists believe that the Higgs boson, a never-before-seen subatomic particle, is the fundamental building block of the universe that gives mass to matter.

END_OF_DOCUMENT_TOKEN_TO_BE_REPLACED

I just wanted to pass a long a conversation I had last week when I gave a talk at the Chicago Council on Science & Technology. After I was done giving a presentation on my book, (in a beautiful auditorium on the Chicago campus of Northwestern University), a young man approached me. Rather than ask a question about string theory or my philosophy of science, he quite articulately described why he was happy to have found 13.7 Cosmos and Culture.

“The comments,” he said. “They are so thoughtful and civil.”

I could not agree more. When I go to other sites associated with well-trafficked media outlets and read the comments it can, sometimes, make me fear for humanity. But as the young gentleman observed, the comments on this blog are (in general) thoughtful, respectful, incisive and sometimes very, very funny. I learn a great deal from the commenters to these posts and it’s clear others do too.

“It’s like a breath of fresh air” said the young man before he left. “There is so much hostility everywhere. It’s great to see a place where there’s an actual conversation happening”.