Antarctica is the coldest, highest and driest of all seven continents.  It is one and a half times the areal size of the continental United States, with the vast majority of its landmass covered in thick ice sheets.

In the surrounding Southern Ocean, sea ice covering an area about equal to the continent in size freezes and melts annually.  The Antarctic continent and surrounding ocean are distinct in being governed through an international treaty system comprised of the Antarctic Treaty and the Convention for the Conservation of Antarctica Marine Living Resources. The Antarctic Treaty System emphasizes peaceful uses of the region with a particular focus on scientific research.  The National Science Foundation manages the U.S. Antarctic science program on behalf of all of government. The U.S. Antarctic Program (USAP) continually evolves with the frontiers of science and takes advantage of opportunities for discovery afforded by the unique life and environments of Antarctica.  This talk will describe current USAP goals and highlights as well as the challenges of providing logistics support to make research possible in this remote and intrinsically inhospitable region.

This program is presented in partnership with IIT’s College of Science.

This program will be free and open to the public. Advanced registration encouraged. The program will take place on Illinois Institute of Technology’s main campus in Bronzeville. IIT is easily accessible via the CTA Red and Green lines, State Street and 35th Street busses, and the Metra 35th-Lou Jones stop on the Metra Rock Island Line. Parking is also available for a fee in visitor lots located adjacent to the McCormick Tribune Campus Center; see map for details. Can’t join us live? Join us via live stream on our YouTube channel, C2ST TV. 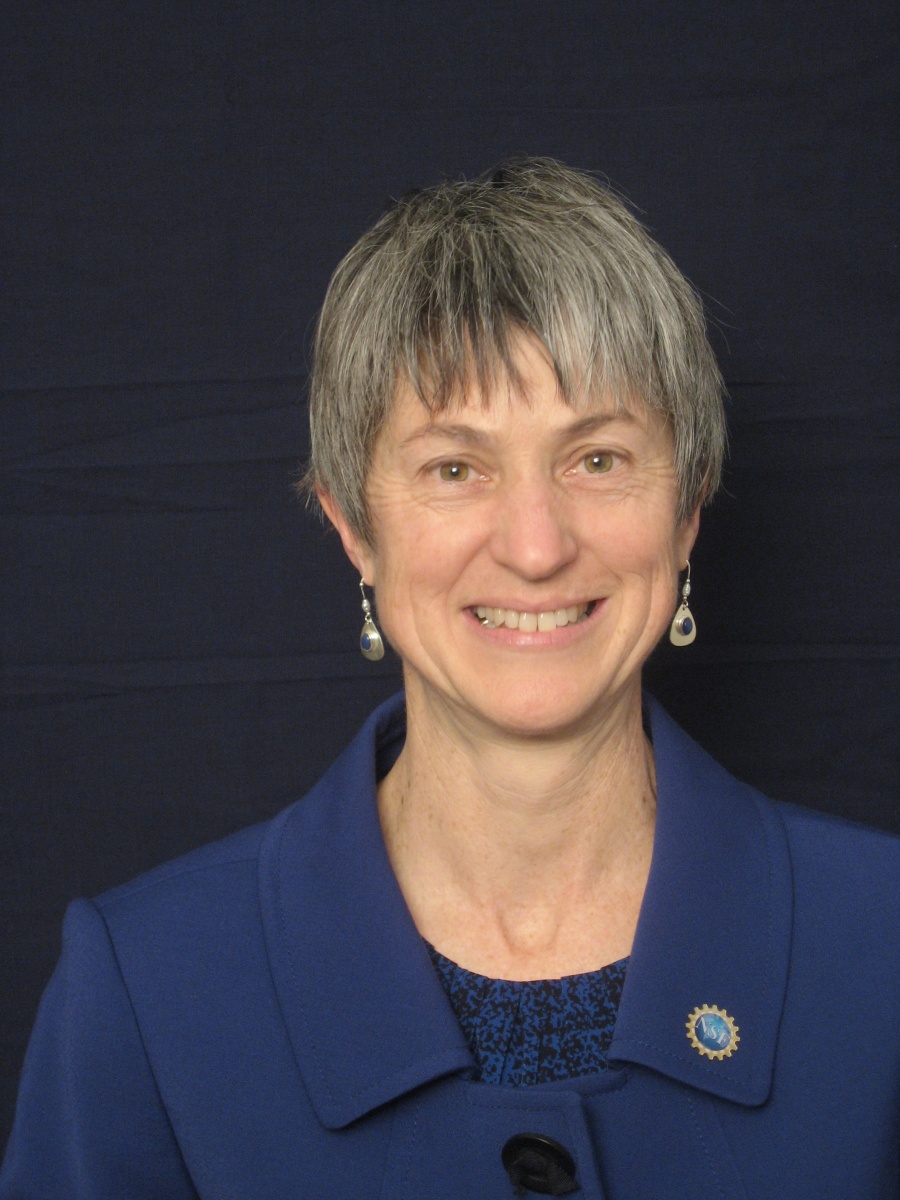 Kelly Kenison Falkner, Ph.D., is the Director of the Office of Polar Programs of the U.S. National Science Foundation (NSF). She also serves as Director of the U.S. Antarctic Program, which NSF manages on behalf of all of U.S. government in accordance with Presidential Memorandum 6626 and the terms of the Antarctic Treaty System. A member of the Senior Executive Service, Dr. Falkner oversees an annual budget of about $450 million covering scientific research and logistics programs in both the Arctic and Antarctic.

Dr. Falkner joined NSF in 2010 as Deputy Director of the Office of Polar Programs and transitioned to Director in 2012. During the International Polar Year (2007-08), Dr. Falkner undertook a two-year Intergovernmental Personnel Act assignment at NSF as the founding director for the Antarctic Integrated System Science Program for which she was recognized by the naming of Falkner Glacier located in Mountaineer Range, Victoria Land, Antarctica (2009).

Dr. Falkner currently serves as the Head of the U.S. Delegation to the Arctic Council Ad Hoc Task Force for Enhancing Scientific Cooperation and as a member of the U.S. Delegation to the annual Antarctic Treaty Consultative Meeting. She is a delegate to the WMO Expert Council for Polar and High Mountain Observations, Research and Services. She is also the lead U.S. representative on the Council of Managers of National Antarctic Programs. Dr. Falkner has testified before U.S. Congressional committees on three occasions.

Prior to Federal service, she was a Professor in the College of Oceanic & Atmospheric Sciences, Oregon State University, where she taught, conducted research for 16 years. She and her team executed state-of-the-art chemical measurements to investigate a wide array of environmental topics the results of which are presented in over 60 peer reviewed journal articles and book chapters.

Dr. Falkner conducted postdoctoral studies at MIT in 1990 under an NSF Women’s Initiation Award and at the Centre National D’Etudes Spatiales in Toulouse, France in 1990-1992 under a NATO Postdoctoral Fellowship and CNRS Poste Rouge respectively. She earned a Bachelor of Arts degree in Chemistry with a minor in Russian studies from Reed College with Phi Beta Kappa distinction in 1983 and a PhD in Chemical Oceanography from the Woods Hole Oceanographic Institution-MIT Joint Program in Oceanography in 1989.

This program is presented in partnership with IIT's College of Science.